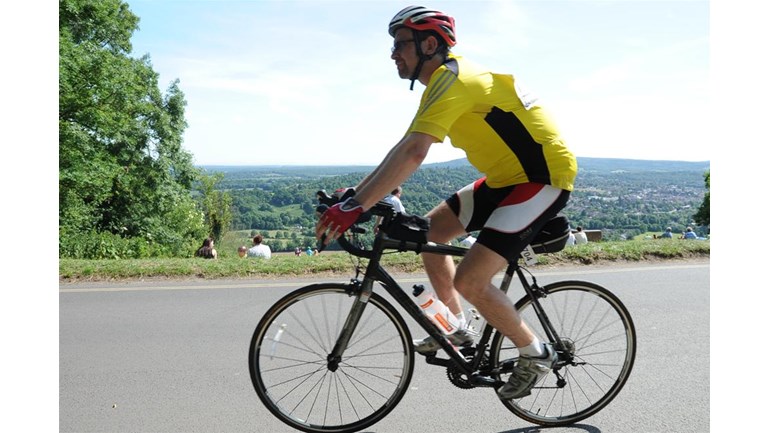 In August and September this year I will be taking part in two enormous challenges.

First up - the 'teaser' - is the small matter of the inaugural Prudential Ride London.  Along with 19,999 other riders on Sunday 4 August I will be tackling a similar course to that ridden by the Olympic champions from London 2012 (and indeed starting only a few hours after me cycling legends like Mark Cavendish, Chris Froome and David Millar will set off chasing after me!).  Starting out from the Olympic Park, taking in the killer Leith Hill and the famous zig zags of Box Hill I will be aiming to cycle for over 100 miles for an amazing cause.

Then in September the real challenge lies ahead - what will undoubtedly be a nigh-on impossible adventure crossing Scotland by foot, pedal and kayak - more details on this second leg to follow...

I am doing this in support of the Katie Compson Foundation, raising money for the Royal Marsden Cancer Charity.

Three years ago Katie was diagnosed with cervical cancer, and fought for 18 months with an epic sense of humour to try and beat the disease. The Royal Marsden Hospital was with her every step of the way and had her on various treatments including surgery, radio and chemotherapy, as well as two different trial drugs. The care that she received at the hospital was second to none and they battled tirelessly to rid her of the disease. Unfortunately the cancer was too aggressive for her body and she died aged just 33 in November 2011.

Whilst going through treatment, Katie was adamant that she wanted to raise money for the Royal Marsden – and if she couldn’t then her family and friends should. She found their care, love and support unquestionable. Therefore her family have set up the Katie Compson Foundation, a separate identifiable fund within The Royal Marsden Cancer Charity aiming to raise money to support the research into curing this horrendous disease, as well as aiming to improve the management of pain for cancer patients worldwide.

Unfortunately I never had the chance to meet Katie, however I know her family and they would be so grateful for any donation you can spare.