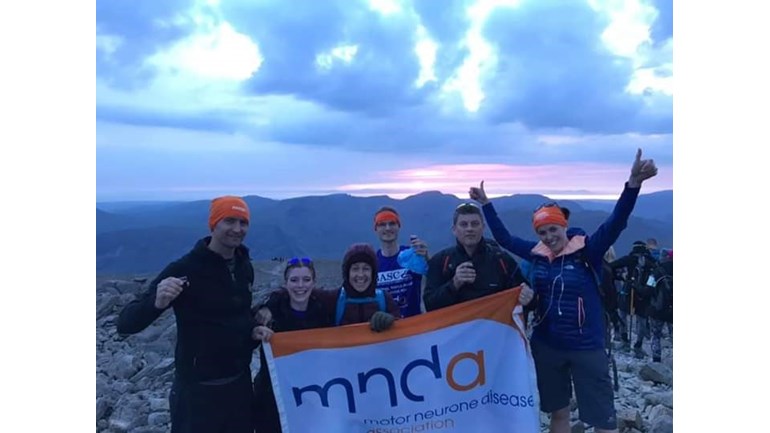 We are climbing three mountains in 24 hrs for Motor Neurone Disease Association because we want to support motor neurone disease research.

Every week in the UK 35 people are diagnosed with motor neurone disease (MND). In that same week, another 35 people will die of the disease. Average life expectancy from diagnosis is two years. Everyone thinks of Professor Stephen Hawking, but he is the rare exception, not the rule. Only 10% of sufferers live for more than 5 years.

So, when one of your colleagues is diagnosed with MND, it's easy to feel totally helpless.

The Motor Neurone Disease Association funds vital research into treatments and hopes, like all of us, that eventually a cure can be found.

To support the good work of that charity, and as a mark of solidarity with one of our colleagues, eight members of the British Association of Shooting and Conservation (BASC) completed the National Three Peaks Challenge from 22-23 June; climbing the highest Peaks of Scotland, England and Wales within 24 hours – literally rising to the challenge!

With the challenge successfully completed we are continuing to fundraise to build on the £3.5K already raised for MND.  We are hoping to raise a total of £10K by the end of July.

With your support, and generous donations, the whole world could be a step closer to understanding MND.