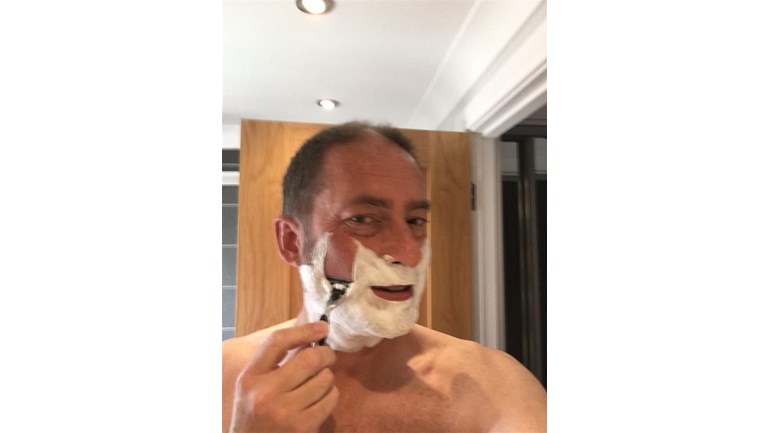 Steve's story: June 2018 will be the fifth anniversary of my cancer diagnosis, this is a pretty big deal as less than 10% of stage 4 bowel cancer patients survive this long. To celebrate and commemorate it I’m arranging a series of fundraising and disease awareness projects as part of STRIVE FOR FIVE.

This is the first one – BEAR BEARD 365. Please sponsor me and Martyn to grow our beards for a whole year to raise funds for the charity Beating Bowel Cancer. Follow Bear Beard 365 and Strive for Five on Twitter: @striveforfiveBC

Martyn's story: "I was diagnosed with Bowel Cancer in May 2013. Two weeks later I was in hospital recovering from the initial surgery. I was struggling, not just with the diagnosis but also with post-operative pain, complications and deconditioning which to be honest, knocked me for six. Thankfully one of the nurses introduced me to a chap named Steve Clark. What a difference this made! Steve had undergone similar surgery a few days before me and it was his words of encouragement and reassurance that helped me through those tough days. Steve has been a true friend and great support since that day so when he asked me to help him with his “Strive for 5” campaign, how could I refuse!!!! So here it goes, grow a beard for a year. Eeeeeeeeek."

Bowel cancer is the second biggest cancer killer and someone is diagnosed in the UK every 15 minutes. Beating Bowel Cancer is an amazing little charity that does so much to help people like me as we go through bowel cancer and they rely heavily on charitable donations. You can make a huge difference to the lives of people with bowel cancer by sponsoring my beardiness.
I’ll post photo updates every month!