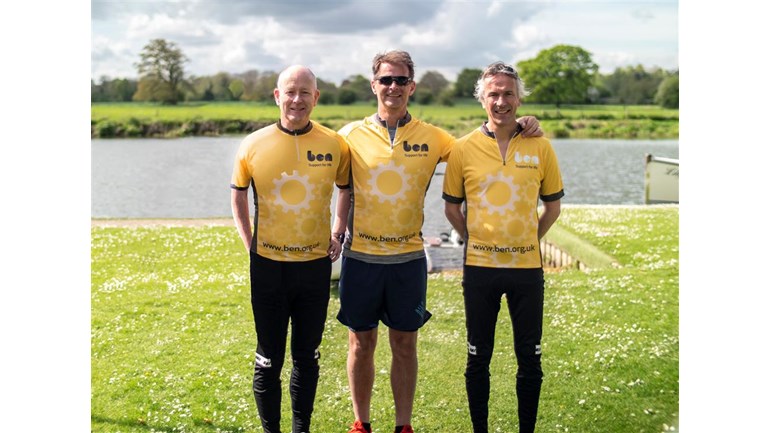 Fundraising for Ben Support For Life

We will be tackling 10+ hours of cycling per day, including on self-propelled Schiller waterbikes, from 4th to 7th July. This challenge, starting at Thames Head in Gloucestershire, ending in London, will be an incredible test of physical and mental endurance, as well as stamina, from start to finish.

Forget walking on water - we will be cycling on water, alongside boats and through numerous locks, which is no mean feat!

The Industry Leader Challenge (ILC) is an epic personal challenge taken on each year by an automotive industry leader (or leaders) to fundraise for Ben.  The ILC is certainly not for the faint-hearted and requires extraordinary personal endeavour that tests the challenger either mentally or physically or both.  After completing a challenge of their choice (either with a team or alone) the challenger than hands the baton over to another industry leader for the following year

Donating through JustGiving is simple, fast and totally secure. Your details are safe with JustGiving - they'll never sell them on or send unwanted emails. Once you donate, they'll send your money directly to Ben. So it's the most efficient way to donate - saving time and cutting costs for the charity.

Ben is dedicated to supporting the people of the automotive industry, providing support for life for them & their family dependents. Ben works with people to improve their lives by enhancing their health & wellbeing through its free & confidential online self-help, helpline and support services.

Charity Registration No. 297877
Find out more about charity fundraising