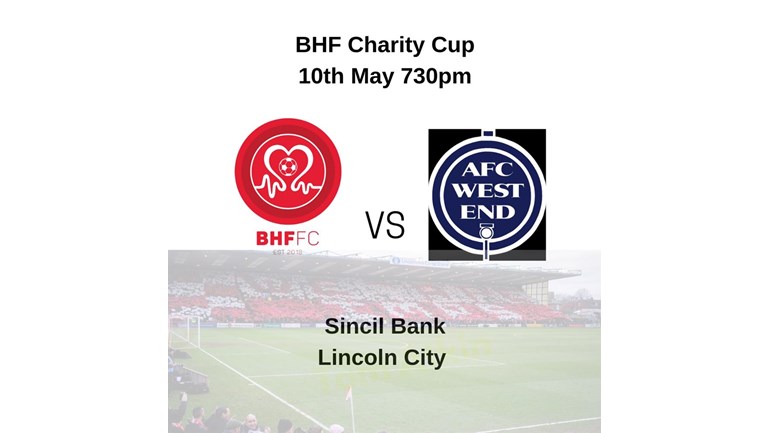 Thanks for visiting my page.

BHF F.C a charity football team set up in memory of Peter Burr who passed away due to a heart attack two years ago . The team raises awareness and fundraises for The BHF - to date they have raised £6000 for the BHF  in two years .

Formed in 2004 by a group of University students they started playing friendlies and then joined the Lincoln Sunday league in 2005/6 . A decade on they are still playing in the Sunday league .﻿

I'm raising money for the British Heart Foundation's research and I'd be so grateful for your support. The BHF has helped halve the number of people dying from heart and circulatory disease in the UK but sadly every day hundreds of people lose their lives. It's only thanks to support from people like us that the BHF can create new treatments and discover new cures. £24 could pay for two hours of research by an early career scientist, but every pound helps so please give what you can to help me hit my target. Thanks!