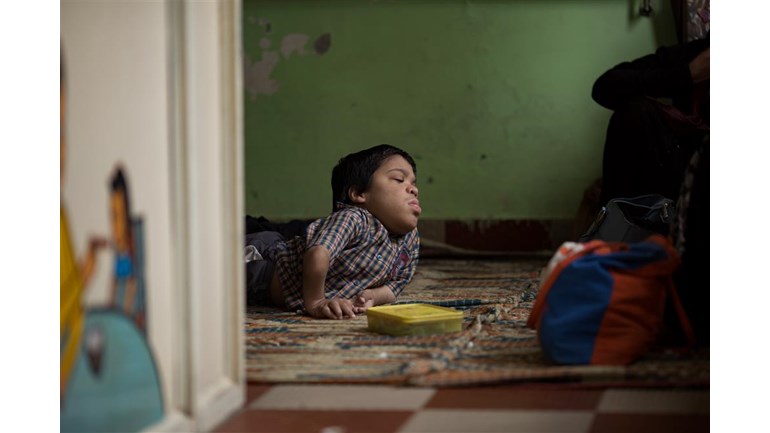 Fundraising for The Bhopal Medical Appeal

Hello! I'm currently living and working as a photojournalist at Sambhavna Clinic, which provides free healthcare and therapy to victims of the Bhopal Disaster.

On the 2nd December 1984, the Union Carbide plant in Bhopal, India began to leak 27 tons of the deadly gas methyl isocyanate on to the city as it slept. None of the six safety systems designed to contain such a leak were operational, allowing the gas to spread throughout the city. Half a million people were exposed to the gas and over 25,000 have died to date as a result of their exposure. More than 150,000 people still suffer from ailments caused by the accident and the subsequent pollution at the plant site.

The clinic is located in the worst affected area of the city, half a kilometre from the derelict Union Carbide factory. Sambhavna provides care to victims of the disaster in the form of western medicines, herbal remedies (made on site), therapy and counselling. The slums around me contain thousands of people still suffering from the disaster 34 years later. The impressive work I have witnessed so far by the team of dedicated doctors, scientists, writers and social workers on site provides a lifeline to these people.

All donations made will go directly to the Bhopal Medical Appeal which provides funding to Sambhavna Clinic and also Chingari Childrens Rehabilitation Centre. Any amount will be greatly appreciated!

The Bhopal Medical Appeal funds two clinics giving free treatment to survivors of the 1984 Bhopal Disaster (the World’s worst industrial disaster). It also treats thousands of people who are being slowly poisoned by drinking water contaminated with chemicals never cleared-up from the disaster site.

Charity Registration No. 1117526
Find out more about charity fundraising