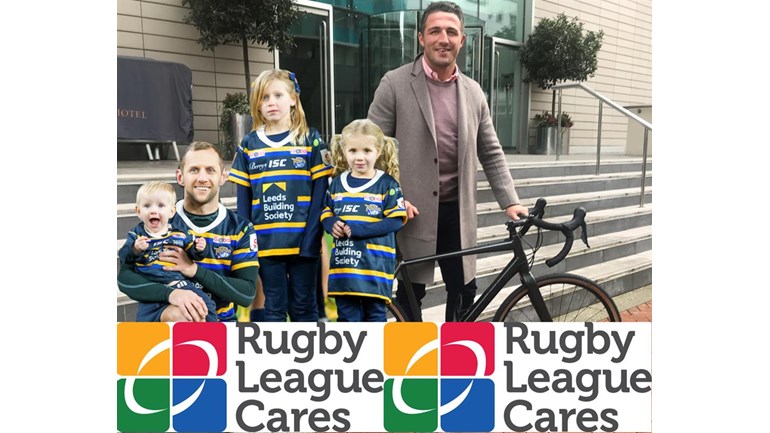 We Supporting the family of Rugby League to to enable more people to play & succeed!

I got some bad news last year when the docs advised me to stop playing because of my crocked shoulder. It was devastating news but I'm coming to terms with it, helped by all the guys at Souths who have been brilliant.

My problems were put into sharp perspective before Christmas when news broke that my old GB team-mate Rob Burrow had been diagnosed with Motor Neurone Disease. It's a horrible condition and one me and my family know all too well: we lost our dad, Mark, to MND back in 2007.

Rob may not be the tallest bloke to ever play Rugby League but he's a giant of a man who never gave less than 100 per cent on the field. His diagnosis with MND is too cruel.

The RL family have been brilliant in raising money for Rob and his family  and now that I'm retired, I'm perfectly placed to do my part.

In May, I'll be joining the brilliant charity Rugby League Cares on the UK Red Empire State 500, an epic off-road cycle ride from Niagara Falls in the US to the Big Apple.

Leaving Niagara on Sunday May 3, I'll spend the next six days covering 500 miles through the state of New York, following the Erie Canal, Iroquois River and Apalachian trail on my way to Manhattan.

It's going to be tough but with your support I'll get through it - every dollar I raise will be split between Rob Burrow and RL Cares, the sport's official charity in the UK who do such a fantastic job looking after player welfare and supporting people across the RL community when they most need it.

Please give what you can and show your support for the riders on the Empire State 500 - and more importantly, Rob Burrow and Rugby League Cares.

Rugby League Cares is dedicated to supporting the Rugby League family and its local communities. Our work focuses on four key areas Welfare, Benevolent Fund, Grants and Heritage. We nurture the past, present and future of the game.

Charity Registration No. 1150763
Find out more about charity fundraising