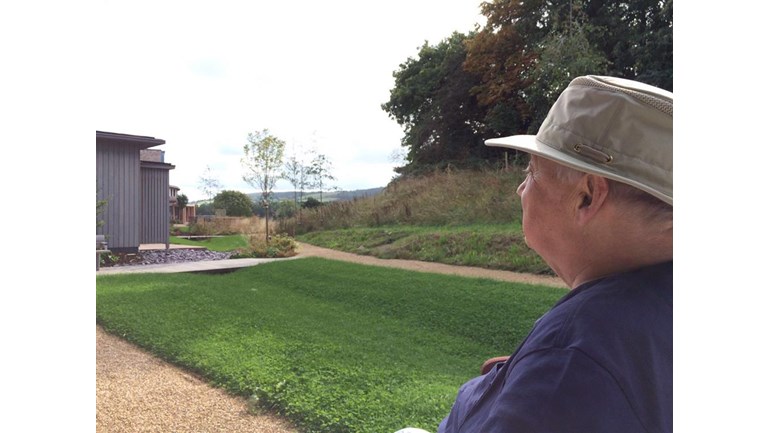 In Loving Memory of Bill Buxton

We offer a range of services to people with terminal illness

Our darling Husband, beloved Father and very silly Grandpa passed away peacefully and in the loving arms of his family in the early hours of September 14, 2016.

Bill had been battling Non Hodgkin Lymphoma for over a decade and a half, always with a smile and always without complaint.

Despite battling and beating the disease twice, we were given the news in July that, after facing things head on for a third time, his prognosis had become terminal and that we would have only six months with him. Those six months were to be just ten weeks.

Exactly one month ago the tumour hit his spine, leaving him paraplegic. But on his release from the care of Worcester Royal Hospital, he was welcomed to the place where he would end his life and where he would smile and laugh every day of his final fortnight.

From our first moments at St Michael's Hospice, Bill felt safe and we knew that he would have his every need tended to. He ate like a King, sat in the sun in the glorious grounds, played with his Grand-daughter and was truly, deeply happy.

We will never be able to thank the amazing staff at St Michael's Hospice for the dignity and genuine love and affection they showed Bill and us in his final days. It was more than any of us ever expected.

We did not have to think long about the charity to which Bill would have liked any donations in his memory to have been made. The Hospice requires £13,500 a day to cover the cost of caring so wonderfully for those fortunate enough to be within its walls.

We would love to think that donations made in his name might, in some way, help others to receive the same love and care that made his final days so incredibly happy.

We provide a range of services in Herefordshire and the surrounding area to people living with a terminal illness. Care is free to patients, their families and carers. This is thanks to supporters taking part in events, visiting our shops, playing our Lottery, donating and leaving gifts in wills.