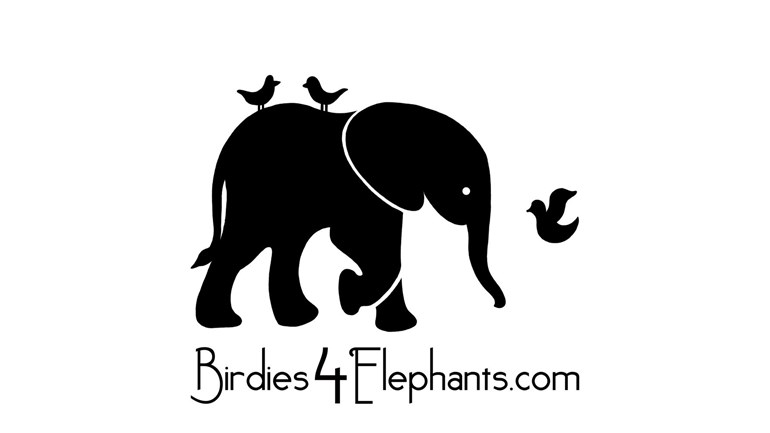 Inspired by pro golfer Bubba Watson who gets $300 for his charity from his sponsor for every 300+ yard drive he makes out on the course. I decided I wanted to do something similar and started Birdies4Elephants. Being an average golfer at best I can’t drive the ball that far, nor do I have sponsors backing me up for big amounts like that, but I pledge to donate €10 to help elephants for every birdie I make while out playing golf.

I’ve been fascinated by elephants all my life and it tears me up hearing about these amazing creatures being poached for their ivory and abused in the tourist industry. If we don’t stop killing them now, none will be roaming wild by 2025! I aspire to raise more awareness for their fate while I’m out playing golf and hopefully people will want to help me raise funds or it will inspire them to do something similar on their own.

While there are many deserving causes, for now my donations will go to the elephant orphanage of the David Sheldrick Wildlife Trust in Kenya. Run by founder Dame Daphne Sheldrick, among lots of other things they are best known for rescuing and hand rearing baby elephants and rhino’s who have lost their mother. Most of them orphaned due to poaching, they grow up together till they are old enough and ready to go back into the wild. I currently foster several of the elephants living there and have followed their work for years. They do an amazing job for all wildlife and protection of their habitat in Eastern Africa and with the ongoing poaching epidemic, can use all the help they can get.

Read more about the work they do, and about the elephants and rhino’s they have in their care, here: www.sheldrickwildlifetrust.org and maybe you’ll decide to foster one of the orphans too. Following them through the monthly updates and knowing you’re helping to make a difference in their lives is great!

Initially I set out to raise more awareness for the fate of elephants while out playing golf. Several people have expressed interested in helping by making a donation as well though so I've decided to set up this page and see what happens. Big thanks to everyone for their encouragements and support so far, I know the elephants really appreciate it!!

Our Teams work to protect Kenya's wildlife and habitats through Anti-Poaching operations, Community Outreach, Mobile Veterinary support and the rescue and rehabilitation of elephant and rhino orphans so that they can return to the wild when grown. With your help, we can save more wild lives.