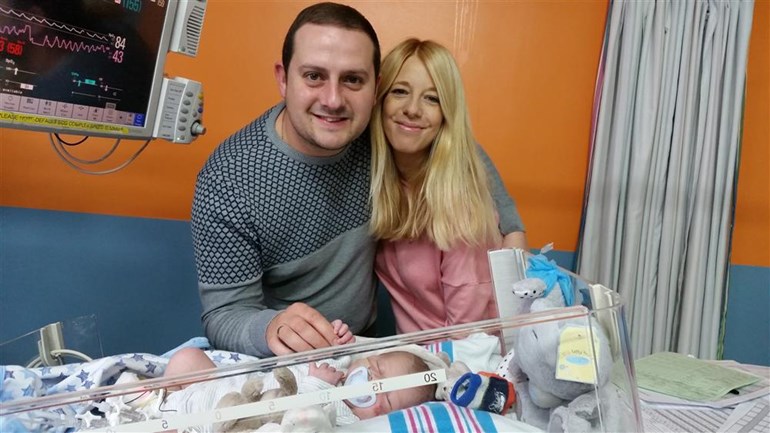 Completing the Great North Run in September 2018 for Little Hearts Matter because they gave us hope during our darkest days.

We offer support and information to anyone affected by half a working heart.

Hi - thanks for visiting this page.

My name is Stephen Lee. My son, Harry, was born on the 07.06.15 after being diagnosed with Hypoplastic Left Heart Syndrome during a routine 20-week scan. In a nutshell, this means he only has half a working heart. We were given the option to terminate the pregnancy or go down a surgical route, which required three open heart surgeries including one at birth. Harry had his first open heart surgery at just 2 days old at the outstanding Birmingham Children's Hospital, followed by a second surgery at 4 months old.  He will need one more surgery before the age of 5.

So far, Harry has amazed everybody. It's not just a nice soundbite either; he really has overcome the hardest of journeys in such a small amount of time and, today, he is a thriving 2 and a half year old.

I really do feel proud and humbled by such a small but wonderful little human being who's heart beat is my entire world.

This journey we've embarked on was helped immensely by a small,
industrious Birmingham-based charity called Little Hearts Matter. They are the only charity in Britain who help/guide families whose sons or daughters have single ventricle conditions from birth to teenage years and beyond. They are the backbone, voice and driving force for families who undertake this difficult journey into the relative unknown.

I am extremely grateful to B&M Waste for sponsoring Little Hearts Matter and even more grateful to the Birmingham Sales lads; Sean Sudworth, Richard Wilkins and Charley Lee for accompanying me on this year's Great North Run in aid of this charity.

Little Hearts Matter is a national charity offering support and information to anyone affected by the devastating diagnosis of a single ventricle heart condition, children born with half a working heart. We work to support and raise awareness of the needs of these children and their families.

Charity Registration No. 1123290
Find out more about charity fundraising