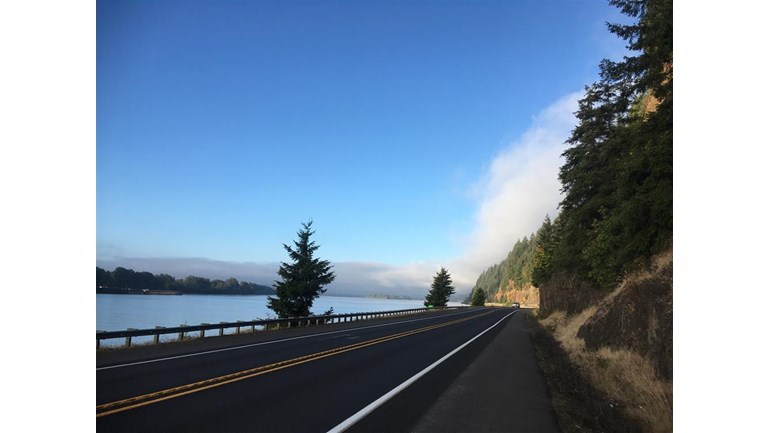 Thank you for visiting my JustGiving page.﻿

The adventure continues...........Cycling from Seattle to San Diego on the Mexican border. Those that followed the ride last year will be aware of the “Oregon Flu” I contracted which meant I was unable to complete the ride fully. So it’s “unfinished business”!!

Starting from Seattle on 6 September the route begins mainly flat and rolling with a few climbs through Washington State, but soon becomes hilly along the coast of Oregon. Steep and long with spectacular views and undoubtedly exhilarating descents!

California is Redwood country with its coastline vistas and numerous towns and cities including San Francisco. The route actually traverses the Golden Gate Bridge and then onward towards LA and Santa Monica where I began my 2017 Transamerica ride to Orlando.

The plan is to arrive in San Diego by 1 October and if there's time I'd like to visit San Diego Zoo which I recall reading about as a child.

All in all, this is considered as one of the most beautiful rides in the world and one which I am really looking forward to.

Having previously raised funds for national charities, I have chosen to continue my support for the Oak Tree Farm Rural Project, a local charity to Staffordshire that undertakes such wonderful work helping people with learning disabilities gain independence towards an active role in society.

I offer my sincere thanks in anticipation of donations to this most worthy charity.

Oak Tree Farm is a small holding with animals, a horticultural unit growing plants and flowers, a pottery, tea room and shop. People with learning disabilities known as 'Team Members' take part in activities and hands on experience in these areas . Help is given to improve life and social skills.

Charity Registration No. 1138396
Find out more about charity fundraising