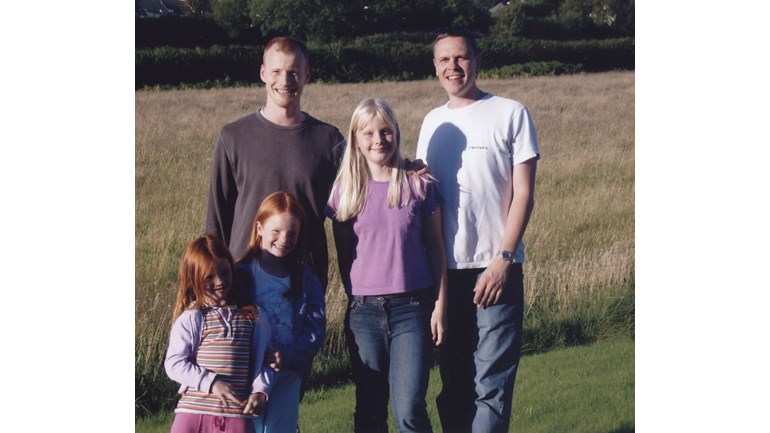 UK Invest in ME (IIME)

To raise money for Rob’s chosen charity for IiME because He fought and lost a 13 year battle with M.E.

Thanks for visiting our fundraising page.
This is one of Robert’s chosen charities.

Remember to give Gift Aid if you are a UK tax payer.

+++++++++++
This appeal is to raise funds for the charity UK Invest in ME serving patients who suffer from M.E. (Myalgic Encephalomyelitis)

The appeal is in loving memory of Robert Courtney, an internationally recognised patient campaigner, dedicated to his family and friends. Also known as ‘Bob’, ‘BobBob’, ‘Rob’ and ‘Uncle Bobble’.
Robert was tragically taken from us on 7th March 2018, having lost his battle with M.E.and having struggled against several serious related conditions. M.E. is an illness that is still under-researched, has no treatment or cure and which influential sections of the medical profession still frame only as a state of mind, rejecting physical causes.
Robert touched the lives of so many over his 48 years with kindness and love, whether among his family and friends or his dedication to the quest for a cure ME, a debilitating condition he lived with for the last 13 years of his life and which left him bed-bound in his final years.

Those who knew Robert, in his private life or in his expert patient role, will have many cherished memories. We were fortunate to have him in our lives. His good humour in the face of odds stacked against him in his health, his desire to have fun and share in good company and the love he showed to his family, notably his nieces and nephews before he became too ill, have left beautiful memories for those who knew him. Some of us will have too many memories to list; the hardest thing of all is never to be able to speak to him again; this horrible illness and the battles he courageously faced has taken that from us.

Robert kept his patient campaign role and his private life separate so many of us were unaware until very recently how much he had achieved at an international level for M.E. patients. He was known to hundreds of fellow M.E. activists in online forums simply as ‘Bob’ an M.E. expert and fundraiser. As he lived with his condition, he became a skilled and respected researcher, publishing research letters in the British Medical Journal, Lancet Psychiatry, Psychological Medicine and other prestigious medical and scientific journals.

We have received a remarkable number of tributes from M.E. patients from around the world; they mention how dedicated and caring he was, his empathy and generosity of heart, while also being a voice of reason and calm in what are often heated debates about the way forward to help people who are struck down with this disease.
What a wonderful example he set for others. We are all so proud of him - even when he was severely ill he was supporting and advising others from hospital and his bed.

He was the best and fairest of us.

As Robert’s family, we wish to raise money for his chosen charities. Thank you for helping us.