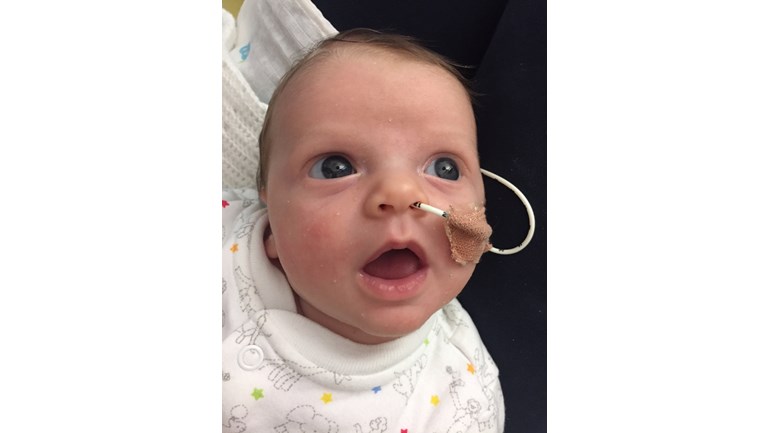 Bob's 52 Weeks of Half Marathons

In 2016 I will be running 52 half marathons in 52 weeks to raise money for the Bristol Children's hospital, an organisation that my wife Katie and I owe a huge debt of gratitude.

Each ½ marathon will comprise of either organised races or repeated solo routes timed and logged. I will endeavor to run each leg on every calendar week of the year Monday-Sunday. If I can enter a full marathon I’ll probably give myself that as 2 x marathons and allow a week off. I may try 1 or 2 of these at most so not many weeks off! In case of injury my substitute sessions are a 100 mile bike ride, a 1 km Swim or a walk of the 13.1 miles with a 30kg bag. I currently can’t really swim that well so this could take a while

On 12th November 2015 around 11pm my 4-week old daughter Autumn was admitted from A&E to Paediatric Intensive Care Unit  (PICU) at Bristol Children’s Hospital. Having not fed for 48 hours she tripped into a pre-existing heart condition called Supraventricular Tachycardia (SVT). With a resting heart rate of 260bpm, and a resting blood lactate of over 11mmols she was not responding to treatment. Without intervention she was heading for heart failute. The doctors were forced to insert a cannula into a vein under her scalp to administer a sedative to put her to sleep so as to be able to gain better access through her femoral vein to administer more drugs. Once admitted to PICU she was given muscle relaxants and incubated to take over her breathing and take complete stress off of her little heart. Over the next 18 hours she remained incapacitated under sedation and chilled to 32 degrees as they slowly brought her body back to a balanced resting state. At 2am she was given an intravenous shot of adenosine and I sat with my heart in my mouth as I watched her heart rate plummet from 240 to 100 in a matter of seconds before it stabilised again at 130. She was cold to the touch and absolutely motionless surrounded by a huge computer. Katie and I left the hospital around 5am leaving her in the care of the PICU staff. We were heart broken!

The next afternoon she was weaned off of the sedation and warmed back up again. As she regained function the breathing apparatus was removed. Still heavily medicated she came around around tea time on the Thursday. On Friday morning she relapsed again into a tachycardic heart rate but this time her heart responded instantly to the drugs. Later that morning I was able to feed her (very strangely being the first time I had fed her since birth) with a small cup of breast milk breast milk. Later that day Autumn was moved to the High Dependency Unit of the Children’s hospital and on Monday 17th November we were able to take her home.

As I write this on January 1st 2016 she’s sitting next to me on the sofa in a little green cardiagan, blue stripey shirt and jeggings as a beautiful healthy 12 week old baby. The only thing to show for her ordeal is a shaved head on her left temple where the cannula was inserted. We’ve had a couple of minor scares since but she’s managed each herself without intervention.She’s on a cocktail of beta-blockers and diuretics but from all appearances she's a healthy young baby.

I can’t describe the gratitude and admiration that I have for every person that Katie and I came across that night in the Bristol Children’s Hospital. We were both overwhelmed by the care, compassion, generosity and expertise provided to our little daughter by every member of staff whom we came in contact with. I watched in awe as specialists rode an emergency and managed the situation with such a depth of expertise and experience.  The nurses and doctors cared for Katie and I with the same compassion as they did Autumn and I was completely humbled by the whole experience. I still am.

On many occasions since the event I’ve searched for ways in which we can pay back the care that we received from the Bristol
Children’s Hospital. My goal is to fundraise every penny of the cost of
Autumn’s treatment for those 6 days for the Children’s hospital. My best
estimate at present is £8000 but if anyone from the hospital can help me nail down a total to chase I will endeavor to reach that total.