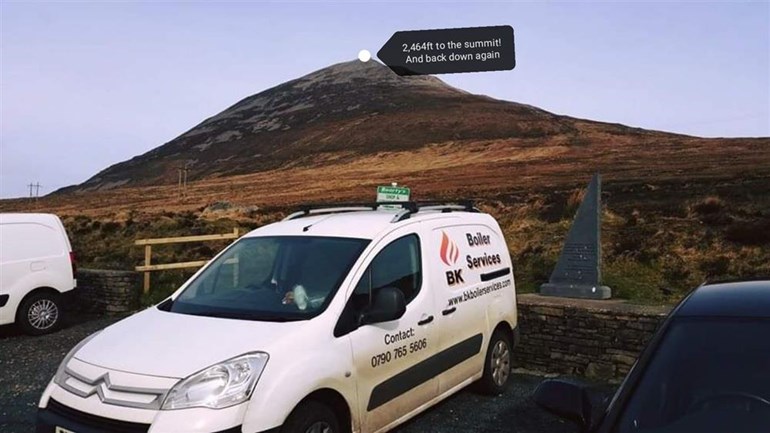 BK's Boiler Backpack for A.S awareness on the 3rd of AUGUST

Carrying an oil Boiler to the top of Mt Errigal for National Axial Spondyloarthritis Society because I wish to raise awareness for A.S and NASS.

We provide support to people affected by AS to change and improve lives for the better.

I am taking on this challenge to help raise awareness of Ankylosing Spondylitis or AS for short. This is a condition that I had not heard of until my wife was diagnosed with it a couple of years before we got married. It is a painful inflammatory arthritis that mainly affects the spine but can also affect other joints, tendons and ligaments. It affects 200000 people in the UK alone!

My wife had symptoms from when she was 18 but only got diagnosed when she was 25. Since then we have discovered that the average time it takes to get diagnosed is 8.5 years.

Although it wasn't a pleasant diagnosis to get, once she knew what the cause of all her pain was it made it easier to get help and proper treatment to slow the progression of the disease.

I'm organising this event to try and raise awareness of AS and to help the National Ankylosing Spondylitis Society, a charity that helps support people with AS living in the UK. They work to help raise awareness and educate people about the symptoms of AS, in order to help reduce the diagnosis time. They have branches all over the UK that help people with AS get specialist physiotherapy and support  them to stay control of their lives and maintain their quality of life.

Some information about Axial SpA

Axial spondyloarthritis is an umbrella term and it includes:

Where changes to the sacroiliac joints or the spine can be seen on x-ray.

Where x-ray changes are not present but inflammation is visible on MRI or you have symptoms.

Around 7 in 10 people with non-radiographic axial spondyloarthritis have visible inflammation in the sacroiliac joints or the spine when an MRI of the back is carried out.

Around 3 in 10 may not have any inflammation visible on MRI despite symptoms of back pain. Some may never go on to develop visible  inflammation on MRI.  The reasons for this are still not well understood but may be due to the sensitivity of MRI.

Typical symptoms of axial SpA (AS) include:

NASS is only charity in the UK dedicated to supporting people with ankylosing spondylitis (AS), a painful, progressive rheumatic disease which mainly affects the spine. An estimated 200,000 people live with AS in the UK. Our 90+ branches across the UK offer regular exercise to anyone with AS.

Charity Registration No. 1183175
Find out more about charity fundraising