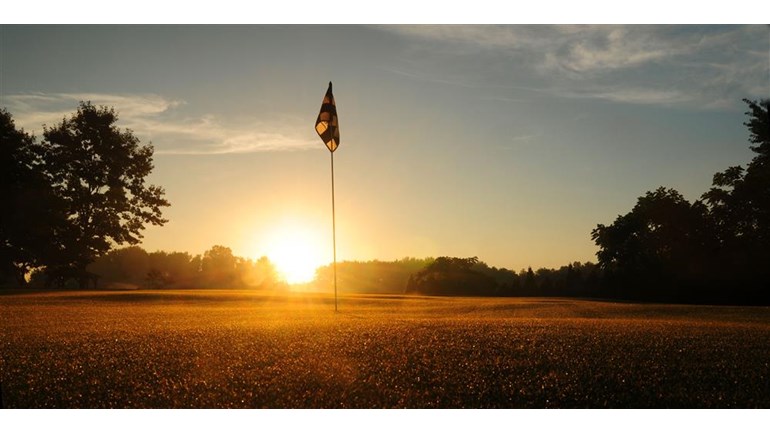 In honour of AO’s summer of sport I thought I would try the impossible - make Golf interesting via the medium of a charitable challenge!

I am going to try and complete a full round of 18 holes of golf, without losing a ball, in less than 90 minutes, scoring less than 90 shots, using no more than 3 clubs. And I need to complete the challenge before the first ball is hit on June 16 at this years US Open, in 24 days time.

To put some perspective on this the average round of golf is about 240 minutes. To break 90 minutes, I won’t have time to do the usual thinking about the shot, measuring the distance, selecting the right club, composing myself, thinking about green speed or the line of a putt. None of that.

I am going to have to hit the ball and before it has landed, I’ll have to start sprinting to where I think it will land. I’ll have to pull the next club I think I’ll be hitting out of my bag before I get to the ball. Thankfully though this won’t be a hard choice as I’ll only have 3 to pick from (instead of the usual 14). I’ll have over 5 miles to cover and I need to average 5 minutes per hole, taking on average 5 shots per hole and all without losing a ball.

Oh and I need to make sure the course is clear, so I’ll be attempting this challenge between the hours of 4.30am and 6.30am.

Charity: Any money raised is donated in memory of my cousin Joe, who fought his battle with cancer with such bravery and always with a smile on his face, showing immense courage for someone so young. Joseph died peacefully at home on 27th February 2014, aged 10 years old. The money will be donated to The Future Fund, a charity that has been setup as a collaborative project between Newcastle University and the Great North Children’s Hospital. It aims to raise £5.5 million for a new research facility, which will provide state-of-the-art resources to keep advancing children's cancer research.

I’ll be posting regular blog updates to let you know how I’m getting on.