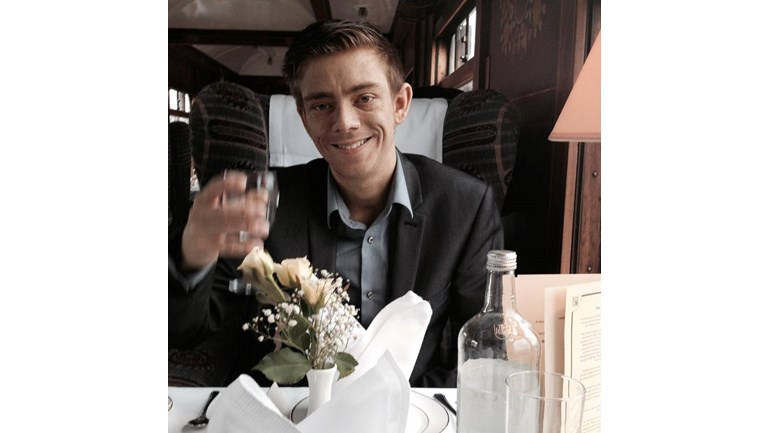 On 29 May 2016, all those who know Brett suffered a terrible loss when he died from a serious liver disease called primary sclerosing cholangitis (PSC).

For much of his life, Brett battled serious illness. At the age of 8, he was diagnosed with ulcerative colitis and spent a lot of time in hospital as he was growing up. When he was 21, he underwent a major operation to remove a large part of his colon. At the same time he learned that he had PSC - a progressive, incurable liver disease - and would one day need a liver transplant.

Many who knew Brett may be surprised to learn the extent to which he suffered from ill health. This is because Brett would not let his illness define him and he threw himself into all sorts of projects and challenges. On leaving school, he was accepted as an apprentice at BAE Systems, where he became Apprentice of the Year, going on to achieve a first class degree. He was building a successful career in the aeronautics industry, most recently at Aeromet, where he was highly regarded for his ability, professionalism and hard work. Alongside his day job, Brett was putting his entrepreneurial skills to work in building his business, which, no doubt, would have gone from strength to strength, had Brett survived.

Outside of work and study, Brett loved to enjoy himself with his wide circle of friends. He liked his music and clubbing and the odd game of poker. Where others might fear to tread, Brett jumped straight in. He loved to perform, and from his teenage years, was interested in performing arts. It was no surprise when Brett was accepted into The Chandeliers amateur theatre company, which he loved. His family were delighted and amazed to see him distinguish himself in a number of productions, including Shakespeare.

Although he was not physically strong, Brett did not shrink from physical challenges. In recent years, he participated in and completed the London to Brighton bike ride with his work colleagues, to raise money for charity, when he was not in the best of health.

For Brett's family and friends, the last six months or so have been a terrible cycle of hope and anxiety. We watched anxiously as his health deteriorated, but found hope when he was accepted for liver transplant, in April, to save his life. In the last month of his life, Brett was terribly ill, but battled on bravely, and without complaint. Sadly, complications of the disease proved too much even for Brett's strength of will and determination and he lost his brave fight. PSC disease is a fairly  uncommon disease and is not well understood. For Brett's continuing legacy, and to keep his memory alive, we hope to raise money to fund research into this terrible disease in the hope that, in future, more people with PSC will survive to transplant and beyond.

Your donations will help the British Liver Trust to fight liver disease across the UK. There are many different causes of liver disease; we provide information, support and care for patients and families and we campaign for better and fairer treatment. Thank you.