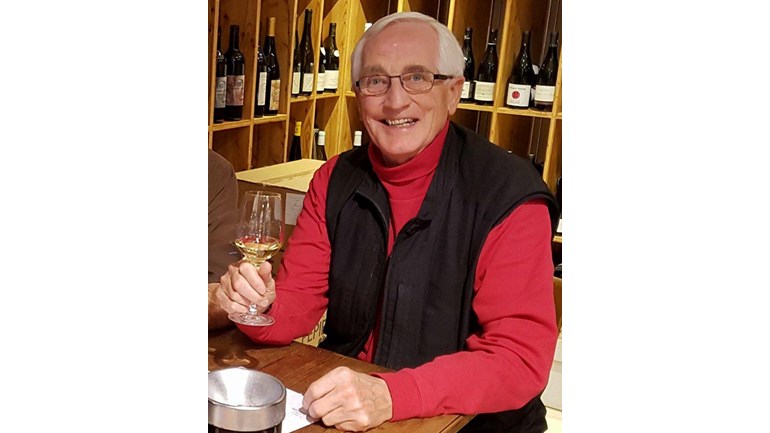 In lieu of flowers, we are asking for donations for St Joseph's Hospice Hackney because they looked after Brett so well in his final weeks

Brett, aka The Wine Maestro, died on 30th April 2018 in St. Joseph's Hospice, Hackney, London, where he had spent the last few weeks of his life. He was 73 and had been treated for metastatic (advanced) prostate cancer from September 2016.

It is usual only to spend about two weeks in a hospice, but Brett spent nearly three months in St. Joseph's, partly due to complications with his disease and later because he was waiting for a room in a local nursing home to become available, as he was unable to go home. In the event, his life ended there after a rapid decline over his last week. Throughout his stay the doctors, nurses and carers were unfailingly kind to both Brett and to his family and friends visiting. The hospice is 50% funded by charitable donations.

Brett's funeral and celebration of his life will take place in North London on Friday 25th May 2018. For details contact his partner Wink Lorch.

Brett is survived by his partner Wink, his sister Helen, his four children Becky, Vicki, Chris and Amy and his five grandchildren Matt, Alice, Millie, Evie and George.

Being diagnosed with a terminal illness can turn your world upside down. We're here to help people make the most of the time they have left, and provide expert care so that they can die with dignity. Your donation today will help us to be here for people in East London when they need us.

Charity Registration No. 1113125
Find out more about charity fundraising