Martin Calpin
Fundraising for The Prince of Wales Hospice, Pontefract 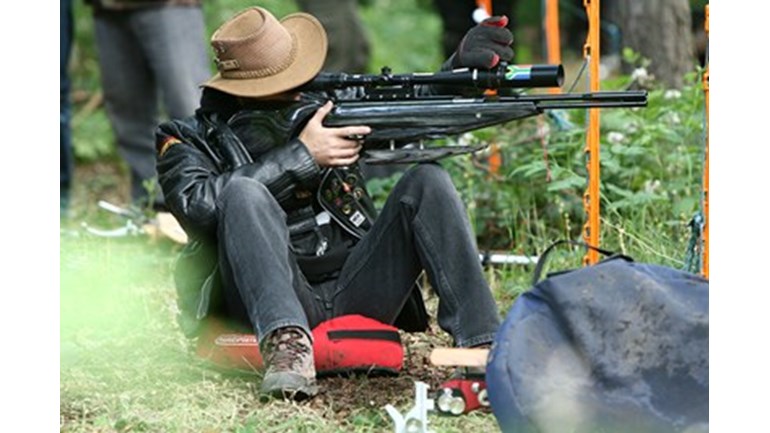 We are holding the World's biggest Recoiling Event for The Prince of Wales Hospice, Pontefract because they do great work & to remember our friend Paul.

The Prince of Wales Hospice, Pontefract

The British Recoiling Championship was born in 2013 from a love of springers and the renewed interest in the guns that have a great history in birthing Field Target and Hunter Field Target, without them, where would we be? The competition has quickly grown to become the Worlds Largest recoiling competition with people traveling from all over Europe to compete.

After losing our close friend Paul James the competition was renamed as a fitting reminder of not only Paul's love of springers but also what Paul did for the sport. Paul was a brilliant shot and massive springer enthusiast, he also had time for everyone, he was always happy to help and never moaned about anything. The man is a legend on the shooting circuit and it's an honour to run this competition in his name.

While some come to compete for the title it should be remembered that Paul had a wicked sense of humour so the very idea of 132 people in field, all with springers would make him proud. It's a great day out even if you can't shoot a springer that well, many come for the social and first go with a springer, many spend the day cursing the damn things (myself included) but it's without a doubt one of the best days on the shooting calendar and for a great cause.

Get yourself involved and book early as this competition always sells out.

Last year with Paul's family we raised £2920.00, something to be very proud of, let's see if we can top that this year!

The Prince of Wales Hospice, Pontefract

We are passionate about supporting people with life-limiting illness and their families in a positive, caring and practical way. We are an integral part of the Five Towns' community offering round-the-clock support 365 days a year. Thank you for helping us to continue to make a difference.