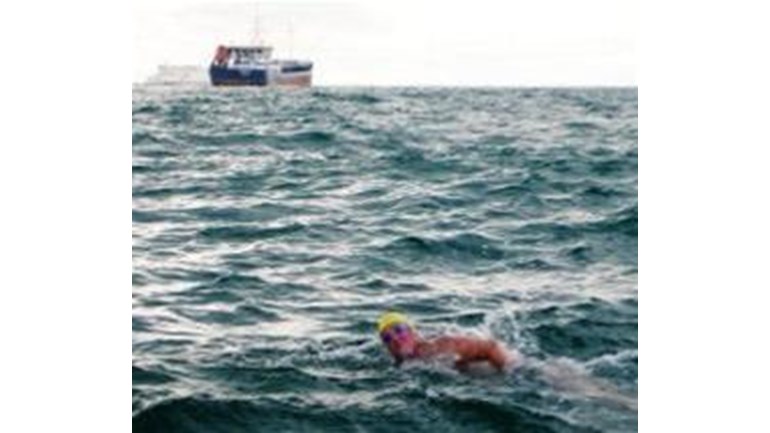 Hello, my name isPaul Hopfensperger (Hoffy) and on July 10, 2007 I became only the 873rd person in history to swim theEnglish Channel (see www.HoffysChannelSwim.org.uk). The reason for doing this was to attempt to raise a total of £50,000 for two very important charities, £35,000 for CLIC Sargent, the 's largest children's cancer charity and £15,000 for St. Nicholas' Hospice in Bury St. Edmunds,Suffolk, my home town.

Having completed the channel from to , and raised over £10,000 in doing so, I continued the fundraising by doing 3 more swims in 2008 as follows:-

- September 11-12, 2008 - Completing a second English Channel Swim in 13 Hrs. 03 minutes to become only the 84th person in history to swim theEnglish Channelmore than once.

For 2010 I will be attempting to become only the 19th person in history to complete a twoway English Channelswim ( to to ). You can catch up with all the latest news and full reports from all my swims on my blogsite at www.HoffySwims.com.

Please dig deep and sponsor me online. Donating through this site is simple, fast and totally secure. It is also the most efficient way to support St Nicholas’ Hospice.

St Nicholas’ Hospice will receive your money faster and, if you are a UK taxpayer, an extra 28% in tax will be added to your gift at no cost to you. So please donate now and many thanks for your support.

St Nicholas Hospice Care is a local charity which looks after people with life limiting illnesses. We aim not just to look after the patient, but to support their family, friends and anyone else affected by the disease.