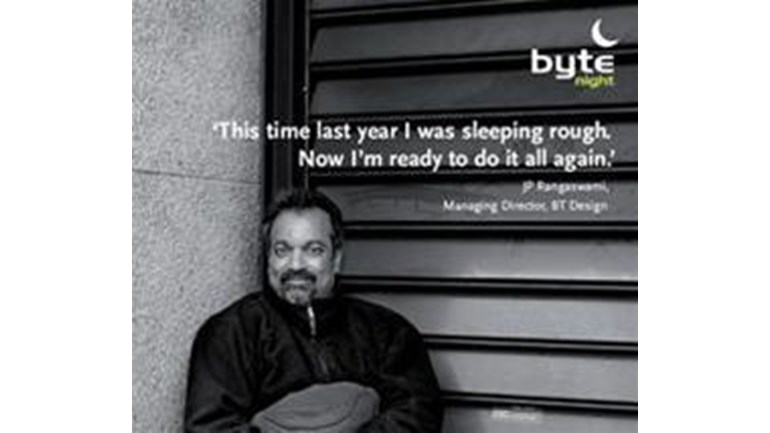 Fundraising for Action for Children

On October 3rd we will be participating in Byte Night by sleeping rough in Potters Fields, London .

Byte Night is the IT industry’s annual sleep out raising money to support Action for children and their work with young people who are homeless or facing life after care.   This year marks the event’s 10th anniversary and promises to be bigger and better than ever, with over 300 sleepers taking part in London alone, plus Byte Night events in locations around the country and the aim of raising over £500,000 for action for children, the children’s charity.

·                Just under a quarter of young people who became homeless last year were forced to leave home because their parents were no longer willing to accommodate them.

·                Research has shown that up to 20% of those in care experience some form of homelessness within two years of leaving local authority care.

Donating through Justgiving is quick, easy and totally secure. It’s also the most efficient way to sponsor me: Action for Children, the children's charity gets your money faster and, if you’re a UK taxpayer, Justgiving makes sure 25% in Gift Aid, plus a 3% supplement, are added to your donation.

So please sponsor us now!

We help disadvantaged children across the UK, from before they are born until they are into their twenties We help them through fostering or adoption – and by intervening early to stop neglect and abuse. We make life better for disabled children and we influence policy and advocate for change.