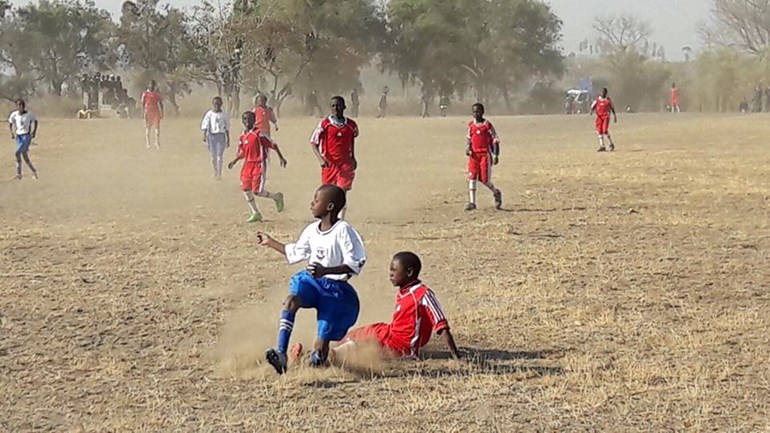 Ace Africa believes in building sustainable futures for children and their communities in rural Tanzania and Kenya. We do this through improved food and economic security, health, well-being and rights awareness.

In 2014 three Eton schoolboys (Tom Pearson, Alastair Lyon and Nicholas Zafiriou) travelled to Tanzania with their sports master (Glen Pierce) to set up the first ever ‘Ace Africa Football League’. Caldicott supported this initiative by running a 5 a-side football tournament and raising £5000. Ma'am Duncan also made a trip out to Tanzania and was able to see the football league in action.

Five years later 2,518 children from 73 schools in rural Tanzania have taken part. School attendance,self-confidence and well-being have all improved dramatically - and the project has been commended by the Tanzanian government for improving girl’s engagement in sport.

To fund the league in 2020 Tom, Alastair and Nicholas are inviting football teams from top prep schools across the country to participate in a football tournament on 1st December, hosted at Eton College.

The goal of the whole tournament, which will involve teams from a number of prep and senior schools, is to raise £20,000. This will go towards funding 10 Tanzanian schools to take part in their very own league, benefiting 400 vulnerable girls and boys across the region.

Caldicott is entering a 7-a-side team into the 2020 tournament and would welcome your support.

Ace Africa believes in building sustainable futures for children and their communities in rural Tanzania and Kenya. We do this through improved food and economic security, health, well-being and rights awareness.

Charity Registration No. 1111283
Find out more about charity fundraising