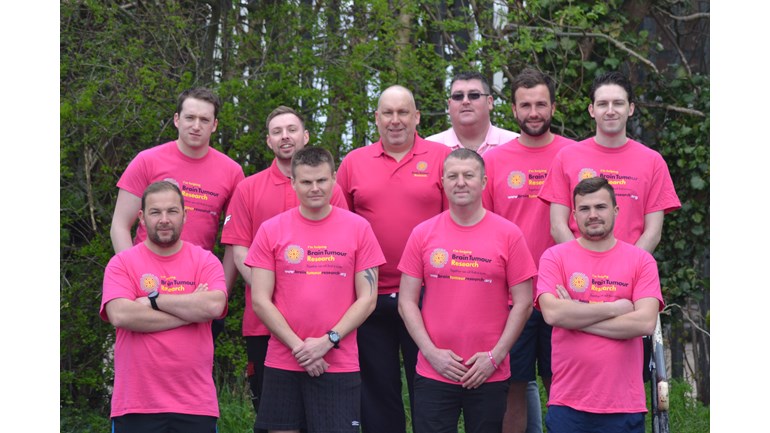 Canoeing for a cure

Although my relationship with Jim isn’t biological he has always been somewhat of a father figure to me. I first met Jim and his family at the age of (16 yrs.) I had chosen to leave my parents’ home due to domestic violence and a breakdown of our relationship. I had given up on college and was living in a garden shed a few doors down from Jim’s family home.

After multiple conversations with Jim I started to really admire and respect him as a person. Our relationship started to grow as he would always take the time to talk to me whenever he could see I was troubled. Jim would never judge me because of my family name or social class.

Jim would always say, if you work hard enough you can achieve almost anything. Because of our growing relationship, Jim and his family would accept me as one of their own, housing me in the family home for the next few years. Whilst living with Jim and his family I would try many jobs, but still couldn’t settle.

Jim then pointed me in the direction of the armed forces, as a veteran himself he was able to tell me all about life in the forces and prepare me both mentally and physically for the challenges ahead.

I finally enlisted into the British Army and have served with them for the past 14yrs. During my career I have travelled the world, married and started my own family. Jim has been there to support me every step of the way.

My family and I are extremely blessed to have crossed paths with such a special human being.

Having taken some time to process what has happened to Jim I have decided to organise the charity event, Canoeing for a cure. The team and I aim to raise enough money to fund a day’s research in to brain tumours, the current cost of which is £ 2,740.

Canoeing for a cure

will take place on Saturday the 8th September And will see a dedicated team of six navigate 2 Canadian style canoes along the 14.5 mile stretch of the Bridgwater and Taunton Canal. The teams will start at Taunton French Weir and continue to pass through the 7 canal locks until they arrive at Bridgwater Inner Dock. Once both teams arrive at the Inner Dock they will then exit the water way and proceed to return to Taunton French Weir, on foot whilst carrying their canoes.

Each canoe is approximately 14' 6" in length, 36" wide and weighs 35.8 Kg. The canoe will be carried always during the return leg. On completion of this stage, the two teams will then man the canoes and paddle from the Weir to the finish point at Bridgwater Docks.

Canoeing for a cure will see the two; three-man teams paddle a total of 29 miles and walk a total of 14.5 miles carrying a weight of 35.8 Kg