caroline henderson
Fundraising for Above & Beyond 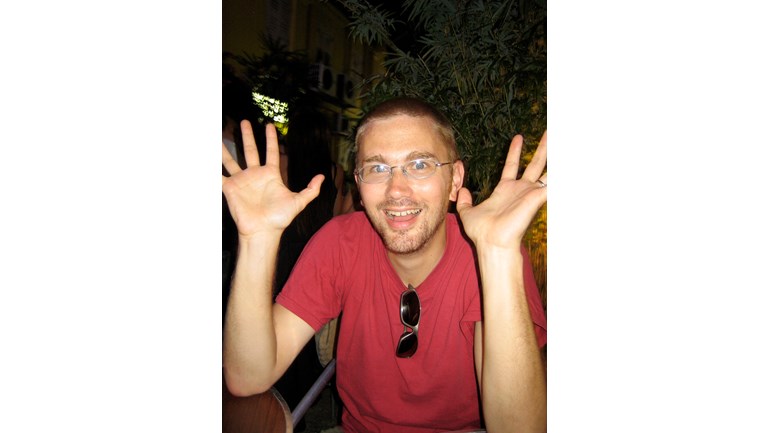 The Bustle team are back in action for Above & Beyond because we are raising money for the adult BMT unit again!

Thank you for taking the time to visit our Just Giving page.

The ‘Bristol Bustle’ was Charlie Henderson’s brainchild and was created to raise money for the Bristol Haematology Bone Marrow Transplant  (BMT) Team. Charlie set the Bustle up in 2013 following his second bone marrow transplant (BMT) after he relapsed from Acute Myeloid Leukaemia and he envisaged it being a biennial event. Despite being very unwell with complications following the BMT Charlie walked 10 miles with some friends collecting money while a second group did the Bristol half-marathon.

Charlie died in March 2015, following a courageous 7-year battle.  During his last few weeks of life Charlie rallied the Bustle Crew to sign up for the Monmouthshire and Brecon Canalathon 2015 with the aim of once again raising money for the BMT team of whom he thought so highly of, and who cared so well for Charlie right up until the end of his life.

So what lies in store for the Bustle Crew? Teams of 4 (see list of participants below) have to complete this 33-mile endurance challenge along the Monmouthshire and Brecon canal within 12 hours. This includes a 5-mile canoe, 17-mile bike ride and an 11-mile run.  They will be supported by a crack team of managers (their babies and loads of kids) - no doubt it will be a smoothly run operation!!

The teams (in no particular order!):

Any donations would be gratefully received, but if you’re struggling to think of how much to give here is an idea courtesy of Duane (‘Brains’) Marshall.  Charlie would have been 40 years old in May, and many of the Bustle Crew are also reaching this grand old age. Therefore:

PS: Charlie was also always keen to make sure that people knew that a bone marrow transplant is not an operation. No surgeon or scalpel is present. Just a "magic" bag of blood given by a donor. The ultimate gift. You too could be a donor. If you are interested in playing your part in this painless procedure have a look at www.anthonynolan.org to see how to get on the register.

Above & Beyond raises funds to make a real difference to patient care in our city. Our work touches the lives of 974,000 patients who are treated at Bristol city centre hospitals every year as well as the millions of friends and family who visit them and the dedicated NHS staff who care for them