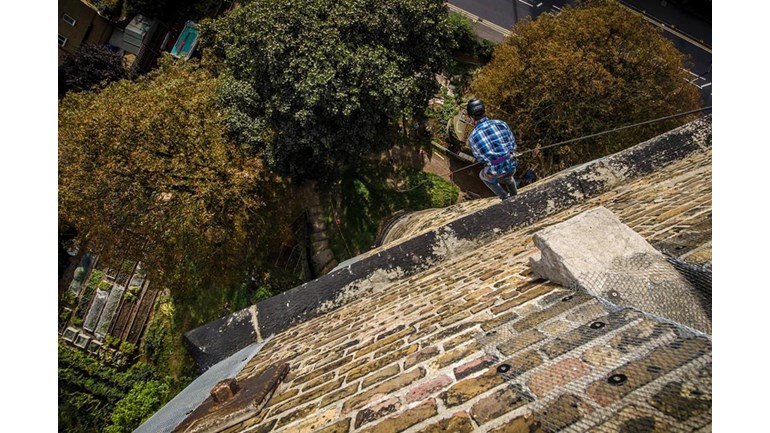 Challenge12 have done a few TERRIFYING height based challenges over the last couple of years but this has to be the most amazing/shocking/scary of them all - Rap Jumping.

Rap Jumping is an extreme fun form of forward abseiling (Aussie Rappel). You can take slow steps, walk  or run & Jump down our 150ft Tower keeping your faith in the harness and rope to get you down. Heights: Fine. Looking at some awesome views of London: Great! Being suspended in mid air: whatever floats your boat… All three at the same time?! That’s the challenge!!

Hello! I’m Ellie and I’m captaining a team of brilliant people willing to launch themselves off the side of a building, 150ft in the air. I took part in a challenge12 event in 2013 and after deliberating what I could do for charity this year, I found myself with a reason to do it again.

Earlier this year I lost my Grandad. He was the best. He grew up in Horsham where he met my Granny, did his time on National Service in Germany, then went on to be a pioneer in the set up of the Ambulance service in Sussex, where he retired in 1989 as Chief. He built me and my sisters a rocking horse and doll’s houses and helped fixed various things we broke, including limbs!, helped my uncle renovate his house and even invented the first suction units used on ambulances; they didn’t have anything to remove blockages, so he came up with something in his garage at home and then made one for every ambulance in their fleet! He was a very special man.

It’s very sad and we all miss him very much; but he was a doer, and this is something we can do. The Alzheimer’s Society do amazing things to help people like my Grandad, their staff and volunteers work tirelessly to help make life easier and support the families affected by this disease.

There are 800,000 people living with dementia and that number is expected to grow to over one million in the next ten years; through funded research and by tackling questions related to the causes of dementia, The Alzheier’s Society will be able to investigate good practice for care and treatment, and pursue a cure.