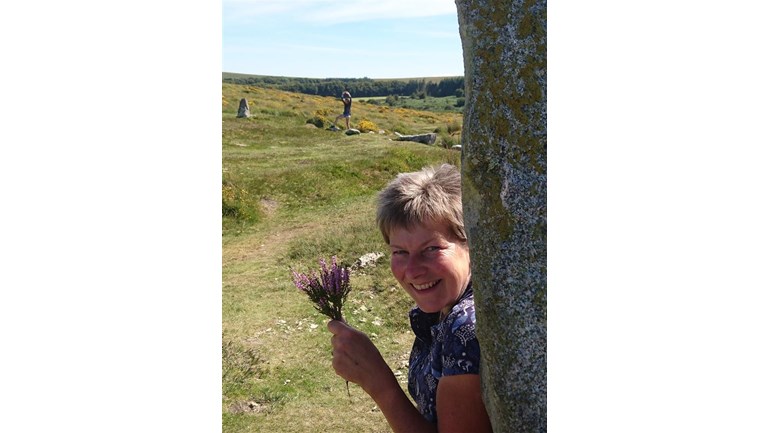 Charlotte's untimely death will have a meaning for British Heart Foundation because too many healthy people die early.

On Easter Saturday I woke up to at 6am to the alarm and wondered why my wife Charlotte didn’t turn it off as usual. A few moments later I realised this was because she was dead. It took me several minutes to completely come to this conclusion, because she appeared to be in a comfortable and deep sleep, and the duvet had kept parts of her warm.

She had suffered a massive pulmonary thromboembolism: a huge
clot blocking a main artery between the heart and lungs. She would have felt nothing and it would have been instant.

Charlotte was a very fit and healthy 57 year old. She never smoked, was on no medication, hadn’t seen a doctor for years, and lived a healthy lifestyle in beautiful Dartmoor countryside, walking the cocker spaniel (two walks per day please), growing her own veg, gardening and cooking almost everything herself.

The post mortem revealed healthy organs and blood, and no indicators that might have triggered this. Her Doctor said he had only ever seen one other instance of it in 25 years.

A major part of her legacy is going to be to raise money for research into cardiovascular disease. It is the number one killer worldwide, and was responsible for one in four deaths in the UK last year. On the day you read this, 420 people will die from it in the UK.

If part of Charlotte’s legacy is to help avoid just one premature death from a cardiovascular event, it will have had a purpose.

Please help us to make a difference through your generosity. Thank you.