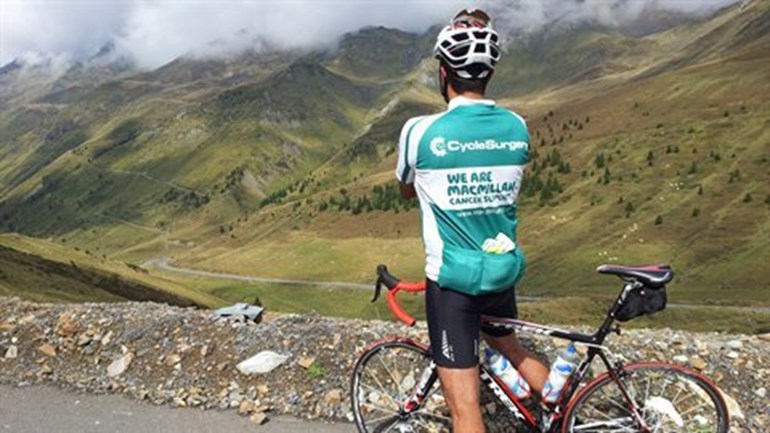 Thanks for checking out the page, now here's the background...

I'm riding across France from the Atlantic to the Mediterranean to raise money for Macmillan. They do great work supporting cancer sufferers and their families, something I know first hand as my Mum is currently living with cancer for a third time, while a close friend also lost her Mum to cancer early in 2011.

With all the talk of tough economic times, I felt that if I was going to be asking people to donate then the challenge needed to be huge. London to Paris didn't quite seem enough (and Bernie Ecclestone changed the F1 calendar around so I couldn't do it, but we'll ignore that) so the Pyrenees and some of the toughest Tour de France climbs is what I'll be taking on. 425 miles over six days climbing to peaks over 2000m high and trying to get safely down them again. Yeah.

Don't underestimate what I'm taking on: Lance needed drugs to get over these climbs and I'll be doing it clean having never owned or even ridden a road bike until after I'd signed up in January.

So, there's the story. Any donation you can make - however small - will be hugely appreciated by not only me but everyone involved in fundraising. I'll also be auctioning off some great items from the Formula One teams who have shown amazing support, and I'll post updates as to when these auctions go live.

The minimum I have to raise is £3250 but I hope to go far beyond that total, so thanks for your support and spread the word!