Robert Peet
Fundraising for LOROS, the Leicestershire and Rutland Hospice 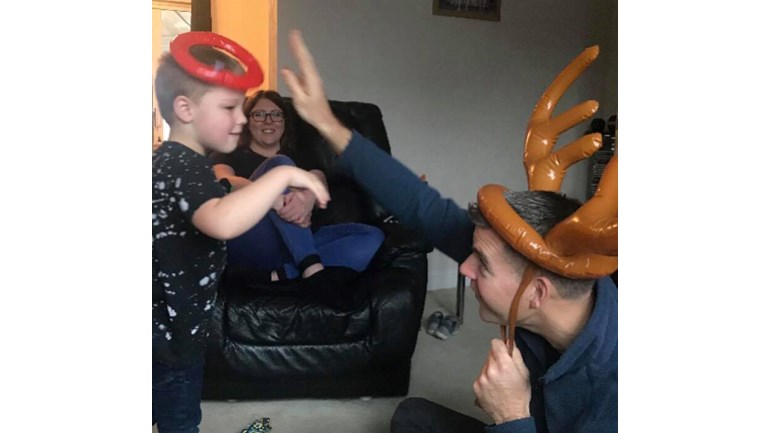 A mile a day, for 41 days in memory of Uncle David for LOROS, the Leicestershire and Rutland Hospice because they were the people taking care of Uncle David.

LOROS, the Leicestershire and Rutland Hospice

We deliver free, quality care and support to over 2,500 patients & families each year

On 5th June 2019 our much loved Brother and Uncle David lost his well fought battle with Cancer at the age of 41. David spent the last few days of his life in the wonderful care of those at LOROS, we as a family are forever grateful for the care they gave to David at the most difficult of times. This gives us our chance to say thank you to those who supported and continue to support us through this.

Telling Christopher his Uncle David had passed away was heartbreaking, and he's now aged 5, so was he at the age of understanding death - but as a parent you can't help but wonder does he understand? After dropping Faye off at Nursery one day, completely unexpected Christopher asked if Uncle David was going to have a stone (gravestone) we discussed this with him, and he asked if he should say thank you to the people who looked after Uncle David. He spoke about how they tried to help him in the hospital home - the way the hospice was described to him, a hospital that was nice and like a home. Giving Christopher the option of going over to LOROS to see the building and say thank you to someone was something we offered, but Christopher wanted to go one step further. He said that he could do the Golden Mile to get money for them. The Golden Mile is a one mile daily walk that is popular within many schools. We discussed how this would be a lovely idea, and happily wanted to make this reality and possible for him. Christopher's target was at first £2 but we told him to try for something a little harder, he then said £10000, but we suggested something a little smaller, so he decided on £100. This challenge is completely his idea, we've suggested the 41 days due to David being age 41 - we have no time scale when this will be completed, but when Christopher has completed a mile each day for 41 days - that's when it finishes. Each day, Christopher will take a selfie for us to then make into a scrapbook for him to keep as a keepsake to remember what he did for Uncle David. This conversation highlighted to us he DID understand, and only emphasized how caring, thoughtful and compassionate he is. We are the proudest parents now, more than ever before.

- LOROS is a charity whose aim is to enhance the quality of life of adult patients with cancer, progressive neurological conditions and end-stage organ failure for whom curative treatment is no longer possible. Patients are treated at the Hospice and in the community based upon clinical need, regardless of background and the ability to pay.

LOROS, the Leicestershire and Rutland Hospice

LOROS Hospice is a local charity delivering free care and support to over 2,500 people across Leicester, Leicestershire and Rutland each year. Our free high-quality, compassionate services are tailored to be special and unique to each terminally ill patient, their family and carers.

Charity Registration No. 506120
Find out more about charity fundraising