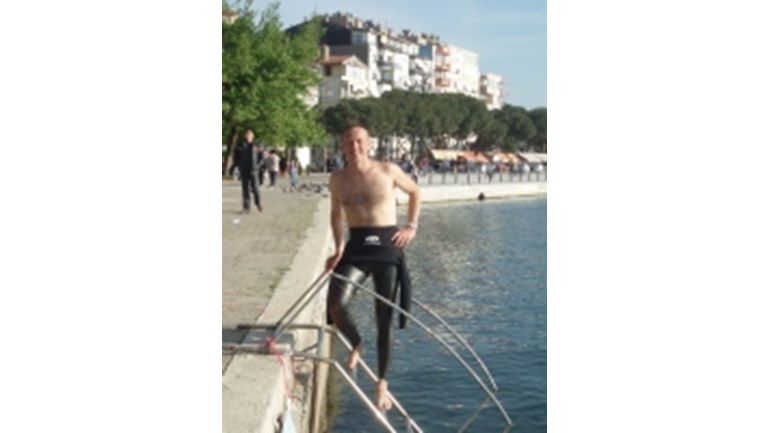 The Garden Museum is the only museum in Britain dedicated to the design and history of gardens. We are an independent charity and receive no public funding. All of our income is generated through ticket sales, activities, or donations.

"Tredeskin's Rarities are come downe from London by water"

Next week I jump into the Thames in Oxford to begin an epic swim of the River Thames from Oxford to London. This journey that mirrors the Tradescant Collection’s journey when it left Lambeth for Oxford over 350 years ago. If successful I will become only the fourth person to swim this distance.

The John Tradescants - father and son - were great 17th-century scholars and collectors, famous gardeners to King Charles I, and plant hunters. They lived in a house in Lambeth known as ‘The Ark’ where they displayed a vast collection of curiosities brought back from their travels. For just 6d, anyone could ring the doorbell and view their collection – effectively making it Britain’s first public museum.

Ashmole shipped the Tradescants’ collection up the Thames to Oxford, where it became a core founding collection of the Ashmolean Museum. As a key feature of the Garden Museum’s development project, The Ashmolean have generously agreed to place on long-term loan around 30 objects from the Tradescant collection, enabling us to recreate part of the wonder of the original Ark.

The Museum has been pledged a first round award of £3.4 million from the Heritage Lottery Fund to restore its ancient site beside Lambeth Palace on the banks of the Thames, build new galleries to tell the story of gardens in Britain, and create dedicated spaces for education and community activities. By 2016 we must raise a matching £3.4 million for the major re-development of the Museum, which will unlock the HLF's grant.

Donations towards this Swim will go towards the recreation of the Ark as a permanent installation at the Museum, but will also count towards our target of matching the Heritage Lottery Fund award for the entire Garden Museum Development project.

The Garden Museum is the only museum in Britain dedicated to the design and history of gardens. We are an independent charity and receive no public funding. All of our income is generated through ticket sales, activities, or donations.