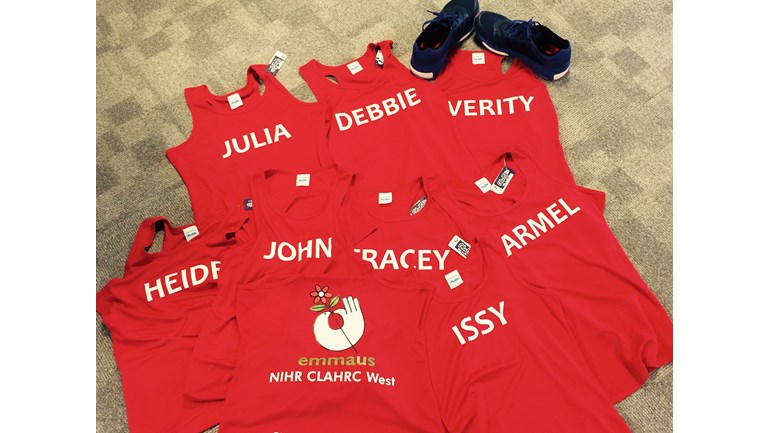 We support people to to move on from homelessness

Staff from NIHR CLAHRC West and the School of Social and Community Medicine, University of Bristol are running the Bristol Half Marathon to support EMMAUS in memory of Dan Hill.

Dan worked at the University for a number of years and his role in preparing the CLAHRC West proposal was fundamental in gaining a successful bid.  Dan was passionate about helping the homeless around Bristol and EMMAUS is the nominated charity for CLAHRC West.

Emmaus Bristol provides home and work for formerly homeless people who are called companions. Companions work 40 hours a week in our social enterprise, recycling and selling household items. Uniquely, companions are also supported to help others who are in greater need than themselves.