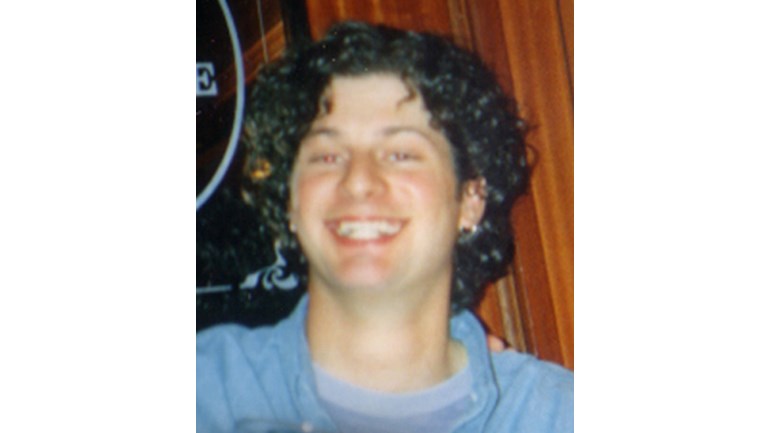 Brain Tumour UK has merged with The Brain Tumour Charity to become the UK's largest dedicated brain tumour charity. We fund research and offer support and information to those affected whilst raising awareness and influencing policy.

In 2011 I will be tackling a number of challenges, including the Brighton Marathon and 2 Ironman Triathlons, in memory of my late brother-in-law, Bruce Shea-Simonds.  Bruce was the much loved younger brother of my husband Duncan, Bruce and I met in 1998 when I was first introduced as Duncan's new girlfriend!  Instantly I was relaxed and at ease in Bruce's company, he shared many of the wonderful qualities I’d seen in Duncan (although Dunc would probably say Bruce was not quite as good looking as him!).  Bruce quickly became a much valued and close friend, as well as brother-in-law and I was fortunate to enjoy an 11 year friendship with Bruce until his death in September 2009.

Bruce's death followed the return of a highly malignant medullablastoma brain tumour, originating in the cerebellum, that he previously had removed via a huge operation and aggressive course of treatment in 2004 - a course of treatment that sadly saw Bruce miss our wedding (I don't have many regrets in life but that is one).  Following the initial treatment of the tumour in 2004, Bruce worked with the kind of tenacity and drive that would put multiple Ironman finishers to shame.  In his own quiet, determined and uncomplaining way Bruce began his recovery.

In his recovery Bruce became a regular gym goer, started to tackle DIY projects in his home in Salisbury and got his driving licence back in 2008.  Sadly Bruce's tumour returned in 2009 and this time it was more aggressive than before, Bruce fought a brave fight (in his usual quiet, no-nonsense style) but sadly died at home in September 2009.

Bruce was the kind of guy who made an impact, despite his naturally quiet and unassuming personality, and everyone who knew him remembers him with fondness and admiration.  I'll remember him as a wonderful friend, keen skier, petrol head and as being more amused by a fart machine than is quite right for someone of 30! Most of all Bruce was someone who accepted the hand he was dealt and just ‘got on with it’ - that was Bruce, uncomplicated and matter of fact!

Running for Brain Tumour UK was an easy choice, Brain Tumour UK is the leading, caring charity committed to fighting brain tumours. Their scientific research improves the quality of life for brain tumour patients and identifies better treatments. They raise awareness to change things for the better, for everyone affected by a brain tumour. Couple this with the honour of running in Bruce’s memory and I’ll have no shortage of inspiration to spur me on to a fast time I hope!  Visit Brain Tumour UK's website to read about their exciting research.

Thanks in advance of your kind support of me, Bruce’s memory and Brain Tumour UK.

Brain Tumour UK has merged with The Brain Tumour Charity to become the UK's largest dedicated brain tumour charity. We fund research and offer support and information to those affected whilst raising awareness and influencing policy.