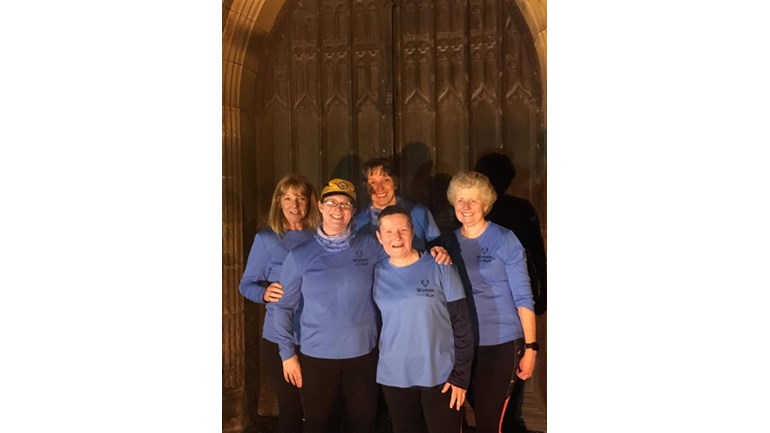 I am running in the 2019 Virgin London Marathon for RFU Injured Players Foundation because They do an amazing job and need lots of money!

My Name is Clare and I have been lucky to gain a place to run in this year’s Virgin London Marathon for the RFU’s charity IPF (Injured Players
Foundation). My 14 year old son plays rugby, so rugby plays a large role in our family life.

The IPF provide support and information to rugby players in England who sustain a catastrophic spinal cord injury or traumatic brain injury playing the game, and help prevent future injuries through research and education.Their assistance is available to any player, from grassroots up to professional level, to empower them to lead their lives as fully and independently as they are able to. They are there for the player, family, friends and club immediately after injury and for the rest of their lives.

I run with Women on the Run in Kendal, a fabulous group of ladies that run socially and encourage and motivate each other to run. I only started running eighteen months
ago back in 2017 and have already run several half marathons including the Great North Run and the Chester Metric Marathon so the London Marathon will be my biggest challenge to date!

My aim is to raise as much awareness and as much funds as possible.

The RFU Injured Players Foundation supports & protects the rugby family. They provide support to any rugby player who sustains a catastrophic spinal cord injury or traumatic brain injury while playing the game, and they fund vital injury prevention research to keep everyone safer on the field.

Charity Registration No. 1122139
Find out more about charity fundraising