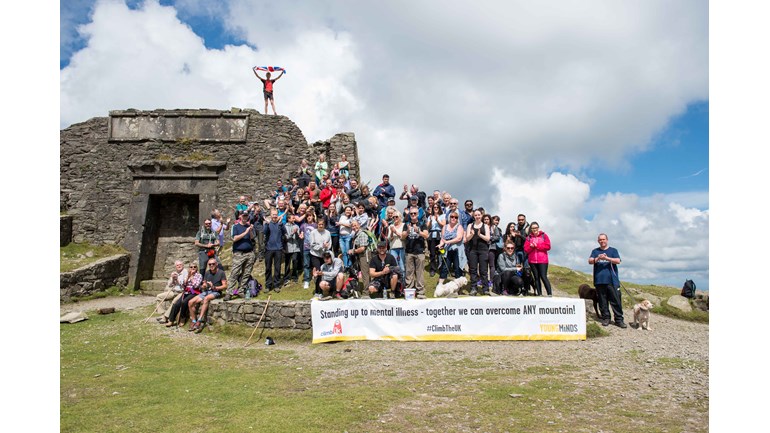 climbing to the highest top of all 100 UK counties for Young Minds Trust because mental health in young people is a BIG problem.

First it was Everest - twice. Before then was a journey of overcoming adversity such as epilepsy, stammering, bullying, low self confidence, anxiety, depression and eating disorders ... oops - there, I said it!

On 23rd July I completed my biggest challenge yet. Climb The UK was a 5,000 mile journey to the highest point of all 100 UK counties by bicycle, foot and kayak. In just 72 days (almost entirely self-supported) I became the fastest and youngest person ever to climb all the UK county tops in England, Scotland, N Ireland and Wales.

Aged 22, I can understand the problems young people face because I've been there. Only recently has the mental health crisis in young people really come to my attention. We hear it all the time, and I suddenly feel the need to do something to fight this battle against a hidden but very real illness.

Mental illness has been the biggest challenge I've ever had to deal with. In 2014 and 2015 I attempted to climb Mount Everest, to be halted by the avalanche tragedy in the Khumbu Icefall, and the Nepal earthquake. In Autumn 2016 I attempted to climb Cho Oyu, the sixth highest peak in the world, reaching 7125 metres. Since then, Climb The UK was born - a way to engage others and spread the message to every corner of the UK that talking about mental illness is a sign of strength; and together we can overcome any mountain.

A HUGE thankyou to everyone who helped make this happen with donations, however big or small, that will add a real tangible difference through the work of Young Minds, which specifically supports and focuses on the mental wellbeing of young people in the UK.