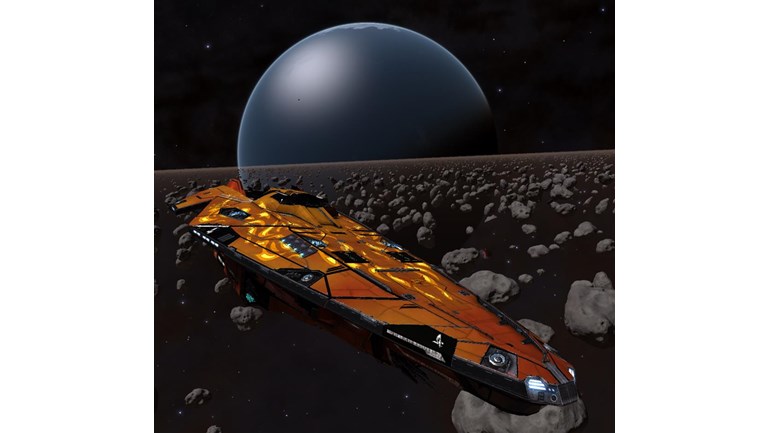 I'm trying to become ELITE. Thrice. 'cos reasons. for SpecialEffect because I enjoy playing video games

We help disabled people to enjoy life through technology

Since the premium beta of Elite:Dangerous was launched a few years ago, I've enjoyed many adventures in a wide selection of starships that have brought me to this point where I am poised on the brink of fortune and glory - 99% deadly in combat, 99% tycoon in trade and 76% pioneer in exploration. I'm 2 jumps from home after a long exploration trip with 200M worth of passengers and scans of 850 neutron stars. - more than enough to complete the exploration rank.

The big triple-ELITE awaits, but I have one last big adventure to survive. Next Monday night, I'm going to attempt to get all 3 ranks in the shortest possible time.

To keep with the 'payback' theme, I'm going to livestream the whole thing to provide some sort of poor excuse for entertainment for the community, and more importantly every credit earned during the stream will be converted to present day £ for Special Effect (adjusted for 1000 years of compound interest, so 1MCr = £1). The plan is that next monday night from 8pm:

1. Land the data from the exploration trip. This will be the highest bit of drama of the night for me - the efforts of the last 4 weeks of exploration all hang in the balance. One crazy NPC, one suicidewinder or other mishap could destroy it all. My passengers don't want to get scanned, so I'm hoping for some help with a 'smokey and the bandit' docking with some distraction tactics on final approach.
2. Drop off a couple of passengers and sell enough data to get to 99%. Refit for combat operations, take on trade missions, and pause for a tasty beverage. I'll also buy some valuable cargo to bribe for any pirates that may be out there - if they can make me drop it and LEAVE ME ALIVE then the charity gets a bonus.
3. Go hunting!
4. The moment I achieve Combat Elite the clock starts ticking, so I'll perform a 'Sir Robin' and complete the cargo missions as quickly as possible to obtain Trade Elite, then sell a bit more exploration data to obtain Exploration Elite.
5. If my remaining passengers haven't ejected, go back and drop them off and sell the rest of the data for £££.
6. Time to celebrate with some friendly PVP sparring until I run out of fighters.

Watch it all go down from 8pm on Monday night, here:

I also have a prize to give away, for the most hilarious gatecrash of the stream by another Commander.

Charity Registration No. 1121004
Find out more about charity fundraising