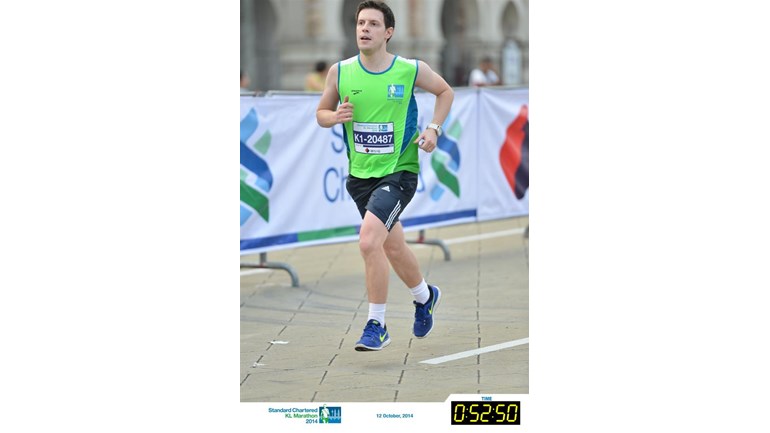 I'm running my first (and quite probably last - given how brutal the training has been) marathon on the 4th of October 2015. I'm running it here in the heat and humidity of Kuala Lumpur and it's for that reason that the race starts at 4:30 am.

A year ago, I ran 10km in the same race and swore that was my maximum distance. A colleague suggested training for a marathon, a notion I dismissed as crazy. The seed had been planted though. I thought about it a little. Maybe. I wondered if I could do it.

By Christmas of last year I'd decided to give it a go and it became my new year's resolution. I was going to prove something to myself, that was the reason.

Then, in March, a very dear friend and former colleague of mine passed away. He had cancer and he was the same age as me - 34.

Erik was one of the greatest men I have ever had the privilege to know. An inspiration, a man of exceptional courage and grace.

I knew almost as soon as I heard the tragic news that I wanted to do this run in his honour. We used to play a lot of sport together, mostly tennis. I'm no longer running a marathon to prove something to myself; I'm doing it to honour the memory of Erik Medeby.

Erik was passionate about helping people and the cause of access to treatments in the developing world became very important to him. World Child Cancer is an organisation that he supported and it is they who I wish to benefit from any funds raised through this marathon effort.

Anything you can spare will make a difference to a great cause and serve as a tribute to a truly great man.