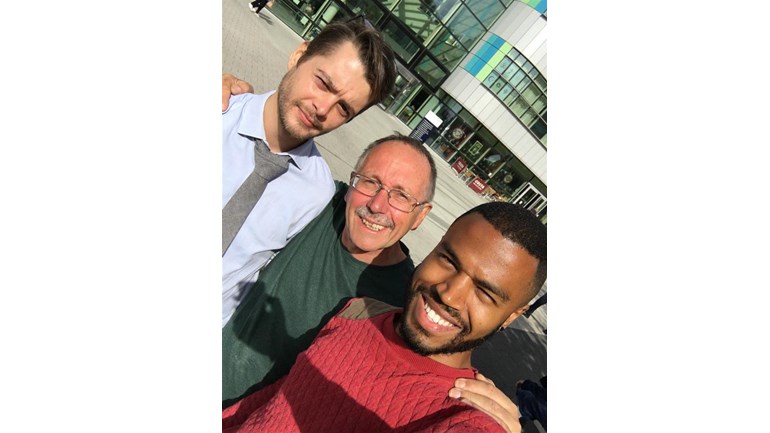 We are joining the National Cycle for Sepsis Event for UK Sepsis Trust because we want to raise awareness of Sepsis.

'I had a severe Sepsis in March 2013. For three days I had taken to my bed with flu-like symptoms and I visited my GP on Friday tea-time. He examined me, detected a touch of pleurisy and suggested that I return the following Tuesday to see if the virus had passed or to carry out further tests for bacterial infection.

By Saturday evening I was struggling to breathe, my family took me to QE Hospital A&E, my condition rapidly deteriorated. I was critically ill experiencing all of the symptoms of a severe sepsis with many of my organs rapidly failing.

I spent three weeks in The QE, two of which were in the Clinical Decisions Unit and was then transferred to Heartlands for two weeks where two thoracotomies were carried out. I’d had 18 units of blood transfused and lost  over two stones in weight!

I am 61 now and am fit and well, though somewhat physically and mentally scarred. Road Cycling has been a part of my health recovery. I am really looking forward to this 150 mile ride to support this event and to spread awareness about a condition which has had such an effect on my life.'

Sepsis is a life threatening condition that arises when the body’s response to an infection injures its own tissues and organs. Sepsis leads to shock, multiple organ failure and death especially if not recognized early and treated promptly. It accounts for 44,000 deaths annually in UK.

Cycle4Sepsis involves cyclists from around the country who have in some way been affected by Sepsis cycling to The National Assembly of Wales, we aim to raise funds and awareness to save and improve lives.

To find out more about Sepsis please visit www.sepsistrust.org