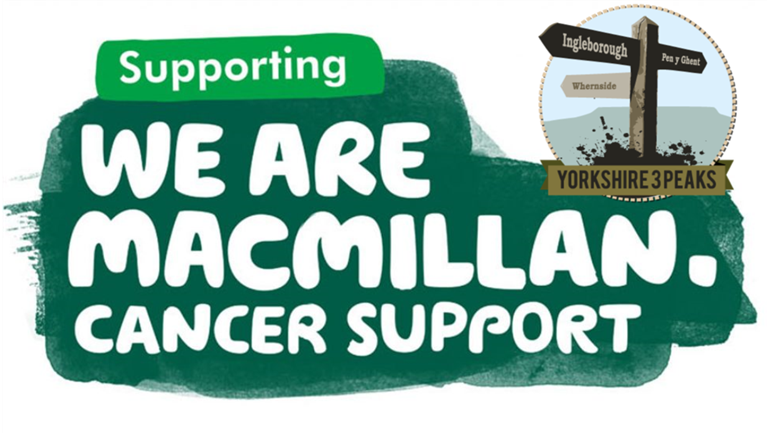 Earlier this year, the 8 of us decided to do something a little different this summer and raise some money for a charity whilst doing it. After a few different ideas we decided to do the Yorkshire 3 Peaks Challenge. This involves a 24-mile hike up the 3 highest peaks in the Yorkshire Dales, and doing it within 12 hours.

When deciding which charity we wanted to raise money for, Ross suggested we go with Macmillan as they were providing support to his Grandad Paddy while he was suffering with cancer. Ross told us they couldn't have been any better in making sure his Grandad was happy and comfortable. We decided this was the perfect choice as we all know someone affected by cancer, whether it be a member of the family or a friend, and the support Macmillan gives during these difficult times is so important to everyone affected by the disease.

Sadly, Paddy passed away at home on Thursday 26th April which gave us even more of a push to try raise as much money as possible for Macmillan.

Donating through JustGiving is simple, fast and totally secure. Your details are safe with JustGiving - they'll never sell them on or send unwanted emails. Once you donate, they'll send your money directly to the charity. So it's the most efficient way to donate - saving time and cutting costs.