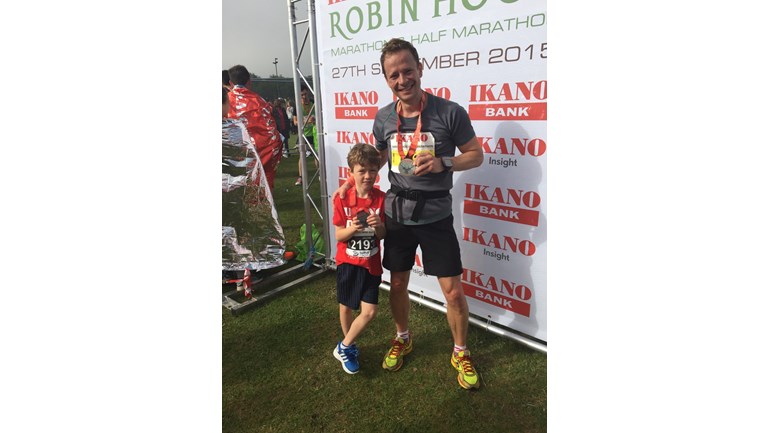 I am running the London Marathon again!!! for Bluebell Wood Children's Hospice because it's a great cause and they do amazing work

We care for children with shortened lives to support them and their families.

For anyone who knows me they know I love running - yeah I'm a bit crazy but I can accept that. I can go into great depth about my training schedules, efficient running form, negative splits, cadence and vertical ratio stats as well as the myriad of training and race shoes that I seem to have acquired - but I accept that this will bore most people stupid.

On 24th April I'll be running London for the 3rd time and once again will be hoping to go faster than ever for a new PB.  Last year I ran Manchester in 2.57 so I'm looking to beat that but it's a tough challenge!

I've been training hard since November and have put in over 600 miles in training since January. That's over 70 hours of running which is roughly 781,600 steps - Did I mention I can get quite geeky with this?

I've endured the wind, rain, ice, a bit of snow and plenty of dark nights running through the woods and up very steep hills to make sure I'm in peak condition for the race - I did mention that I was a bit crazy!

So while I endure all this pain the least you can do is sponsor me and support the great work of Bluebell Wood Children's Hospice. They offer care and support to children with a shortened life expectancy which is a fantastic cause to give to.

At Bluebell Wood we provide care to children & young adults whose lives are sadly just too short; both in their own homes & our hospice in North Anston. We believe that every family deserves to make magical memories with their child, and every day we need to raise £11,000 to keep our doors open.