DANIEL WHITTAKER
Fundraising for Every Action Has Consequences 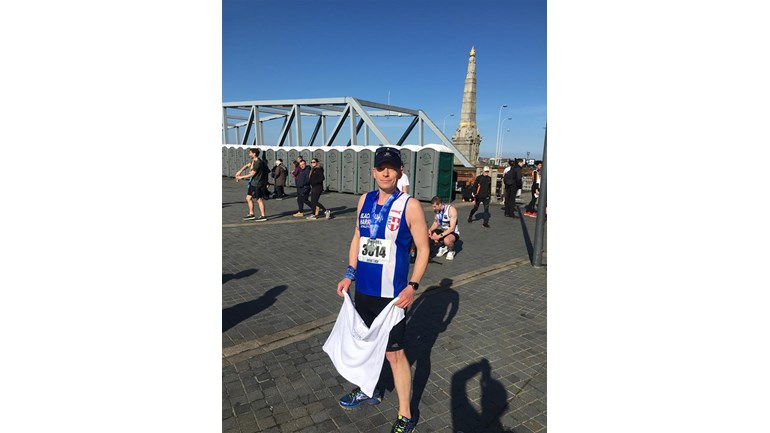 Fundraising for Every Action Has Consequences

Every Action Has Consequences

It helps to educate young people about the futility of violence in our streets. We produce education packs and resources to encourage positive and responsible behaviour among young adults.

Thanks for taking the time to visit my JustGiving page.
Is running Manchester half marathon in October

Donating through JustGiving is simple, fast and totally secure. Your details are safe with JustGiving - they'll never sell them on or send unwanted emails. Once you donate, they'll send your money directly to the charity. So it's the most efficient way to donate - saving time and cutting costs for the charity.
About the Charity
On the 5th July 2009, Adam Rogers was killed in the town centre of Blackburn whilst trying to act as a peacemaker when a fight broke out. He was 24 years old with his whole life ahead of him. He was a lovely young man, gentle, affectionate, funny, sporty and the sort of person who made the world a better place. He lost his life to a single punch from a 16 year old who was very drunk.
The whole family were devastated by the senseless loss of Adam, but right from the first day they wanted to find something positive to come from this tragedy. Together, they set up a Charity called ‘Every Action Has Consequences’ and we have worked tirelessly since that day to produce Education Packs to help get young people to address the issues of binge drinking and violence. The aim is to get young people to see that this sort of behaviour can ruin lives and have such serious consequences. There is also a pack for younger children dealing with managing anger and resolving conflict without using violence. The work has been described by many people as inspirational.
They spend the money on producing the packs and materials, sending the packs out to all who request it and providing workshops for those who want to use it. They also go out and do presentations to groups whenever they can, direct to young people in schools, with young offenders and in prisons.

Every Action Has Consequences

It helps to educate young people about the futility of violence in our streets. We produce education packs and resources to encourage positive and responsible behaviour among young adults.

Charity Registration No. 1134685
Find out more about charity fundraising