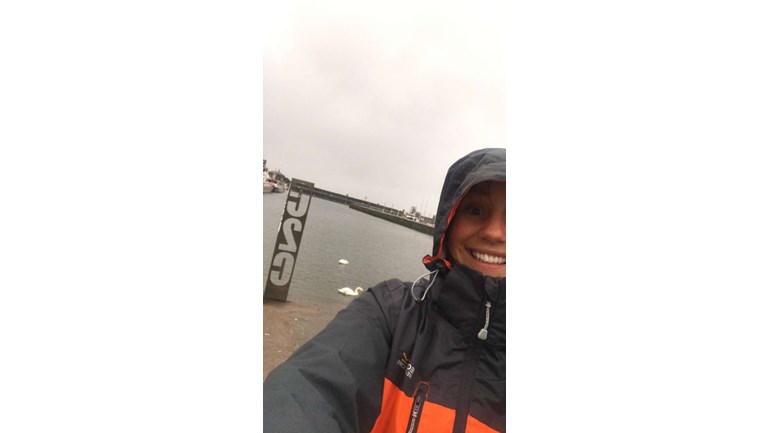 13th February 2017 at approx. 10.50am is a day I shall never forget.  Attending a routine follow up pregnancy scan then my life being turned upside down.

"We suspect it’s a Molar pregnancy" "We are prepping you for emergency surgery" "Here’s some information about it" "You'll be admitted to Weston Park Hospital" They are justsome of the phrases that stick out to me.

Still none the wiser as to what this Molar pregnancy was I start to google and scared myself half to death.  I’m going to get cancer ... I’m going to need chemo ...  can I have future pregnancies? I was told this would be the absolute worst-case scenario and something that had as low as 0.5% chance of happening.

So what is a Molar pregnancy? This is something that goes wrong during conception with the number of chromosomes.  Too many of one type and not enough, if any, of the other.  Mid March I was told it was a partial molar pregnancy.  A partial molar is where the baby / babies can start to develop but would never make it full term due to the genetics.  To-date the reasons for this happening are still unknown. The doctors told us there is nothing you can do to cause/prevent this condition. It is just incredibly unlucky.

Two weeks later, starting to come to terms with things, we went to my parents-in-law for tea where I start to bleed uncontrollably for around 30 mins. I can only describe it like a tap being switched on.  My
husband Paul, rang the emergency services where we were told I needed emergency care but they couldn't get an ambulance to me for a further 30 mins.  He took me himself. After spending a couple of days back in hospital and undergoing many more tests, Weston Park rang me the next day. "It sounds like the cells are growing back"

I underwent yet more tests at Weston Park where they diagnosed me with Gestational Trophoblastic Neoplasia (GTN) a type of malignant (cancer) tumour that grows from "poisoned" placenta cells (in layman’s terms).I remember doing all of the reading and being told ... "worse case scenario - 0.5% change of this happening" I was crushed.

Although curable, I have gone through such a roller coaster of emotions as well as physical trauma.  I have had an emergency operation to remove my babies (twins), 3 hours after having a routine pregnancy scan. Been in hospital several times, had a blood transfusion, PICC line fitted and months’ worth of chemo along with dealing with the emotional effects of it since February 2017. However, I consider myself lucky as some women have it a lot worse than me.

This diagnosis is incredibly rare and only one person I've spoken to has ever heard about it before.  Only two hospitals deal with this condition in the whole of the U.K - Weston Park in Sheffield, Yorkshire and Charing Cross in London.

Please join me in raising awareness and raising money for such a rare condition.  All monies raised will go to the GTN research unit at Sheffield University. Please donate what you can – every penny will be
appreciated.

Gifts to University of Sheffield help fund areas such as student hardship, equipment, and groundbreaking research. Thank you for your support.