Danielle Benson
Fundraising for Save the Rhino International 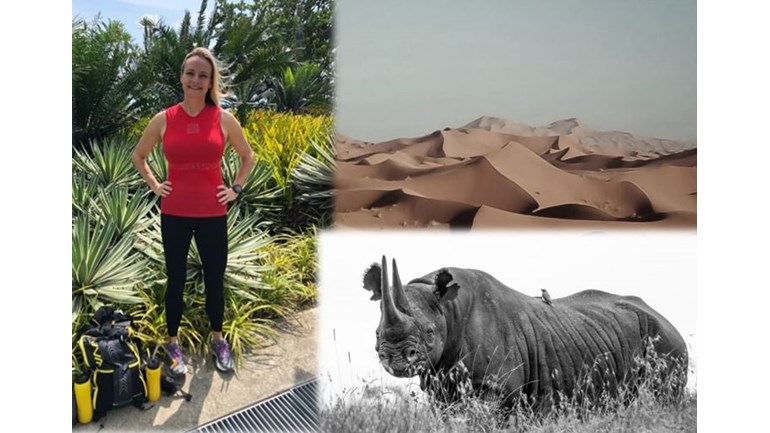 Fundraising for Save the Rhino International

We Raise funds and awareness to conserve all five rhino species

I am running the Marathon Des Sables, ﻿which ﻿is a race of approximately 250 km over six days through the Sahara Desert in Morocco. The race was called "the toughest footrace on earth" by the Discovery Channel and with the longest stage being 80-90 km and temperatures of more than 40 C, it is easy to see why.﻿ ﻿I need to carry everything I need for the race in my backpack, except for water and a tent. So I will be running with a backpack weighing approximately 8 kilos.  Legends like James Cracknell have found this race very tough, so a mum of two who has a day job in an office, I am going to find it particularly gruelling!

I've taken on this enormous challenge to raise awareness and funds to conserve some natural environment for animals that could become extinct in my lifetime. Rhino poaching has reached crisis point, and across the globe, rhino habitat is shrinking. It’s shocking to me that three of the five species of rhino are critically endangered, and two of them have fewer than 80 animals left in the wild. The good news is that together we can stop poaching and habitat loss so that in 20 years’ time, rhinos will no longer be near extinction. But we need to act now. We want to see all five rhino species thriving in the wild for future generations. With your support, we can make a difference.

Save the Rhino International works with the most effective people and conservation programmes in Africa and Asia to support rhino populations with every tool we can, and to inspire rhino supporters throughout the world to join us.

Charity Registration No. 1035072
Find out more about charity fundraising