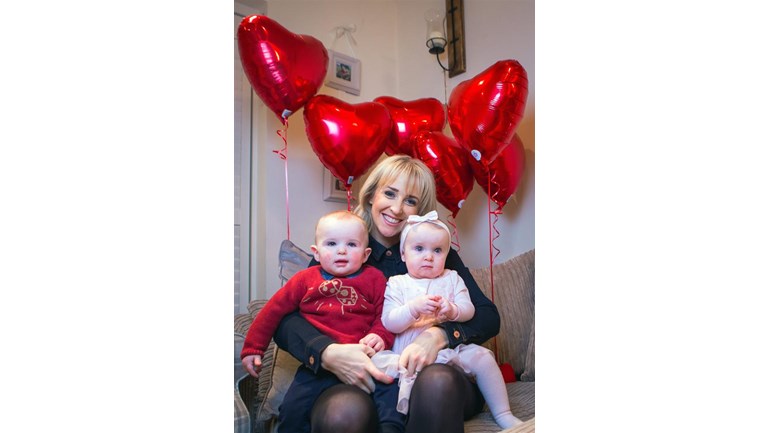 The RFL Benevolent Fund provides relief for people who have been injured whilst playing or training for rugby football league.

Singer Lizzie Jones is spearheading a new campaign to raise funds for equipment that could prove the difference between life and death at Rugby League clubs across the UK.

Lizzie, who reduced a Wembley crowd to tears and moved millions of TV viewers with an emotional performance at the BBC Sports Personality of the Year award, has today (Sunday February 14) launched the Danny Jones Defibrillator Fund named in honour of her late husband.

Danny Jones was a Keighley Cougars and Wales international half-back who collapsed and died from an undiagnosed heart condition while playing against London Skolars last May.

Following his tragic death, Lizzie successfully campaigned for cardiac screening to become mandatory at every Kingstone Press Championship and League 1 club, as it already is in the First Utility Super League.

Now, Lizzie has joined forces with the RFL Benevolent Fund to raise money to create a fund that will provide assistance to hundreds of community clubs and junior teams across the country to purchase a defibrillator.

Defibrillators cost around £1,000 each and provide potentially life-saving treatment to anyone suffering a cardiac arrest.

Lizzie Jones said: “This is my way of saying a big ‘Thank You’ to the wider Rugby League family for all they have done for me and my children since we lost Danny.

“The professional and semi-professional players are now getting screened, which is fantastic, and it’s important that we do all we can to protect the welfare of the men, women and children who gain so much pleasure from playing the game at community level.

“£1,000 doesn’t seem like a lot of money but as anyone who’s been involved with grassroots sport will know, every penny matters and I am proud to be associated with another project which means Danny’s death will not have been in vain.”

And to kick off the fund in style, Lizzie made a personal donation of £1,000 which she hopes companies, professional clubs and individual clubs will add to in the weeks and months ahead.

Steve Ball, General Manager of the RFL Benevolent Fund, said: “We are delighted that Lizzie has asked to play such an active role in the Danny Jones Defibrillator Fund and I am sure we will see another magnificent response from Rugby League fans.

“Incidents of cardiac illness are thankfully very rare in sport but the presence of a defibrillator at every match will provide peace of mind for both players and their families.
“Donations can be made to the fund via a Just Giving page and we would urge everyone to give what they can to this very worthy cause.”

The campaign has set a fund-raising target of £50,000: to make a donation please visit www.rflbenevolentfund.co.uk or visit www.justgiving.com/danny-jones-defibrillator-fund
The fund is administered jointly by the RFL Benevolent Fund, the sport’s charity, Rugby League Cares, and supported by the WelMedical Group.

The link to the Danny Jones Defibrillator Fund page will be carried on the game’s central websites and the websites of every professional club.

Once the fund is up and running, community clubs wishing to purchase a defibrillator can apply through Rugby League Cares.

The Just Giving page set up last year to raise funds for Lizzie and Danny’s toddlers, twins Bobby and Phoebe, has raised over £300,000 and will be closed this week, with the proceeds going into a trust fund for the two children.

Steve Ball added: “On behalf of the Jones family and everyone involved with the RFL Benevolent Family I would like to thank all those people who donated to the fund for Bobby and Phoebe.

“Your generosity knows no limits and while nothing can replace Danny, the trust fund will make life much more bearable as they grow up without their father. Thank you all very, very much.”

Steve Ball is the General Manager of the RFL Benevolent Fund

The RFL Benevolent Fund provides relief for people who have been injured whilst playing or training for rugby football league.