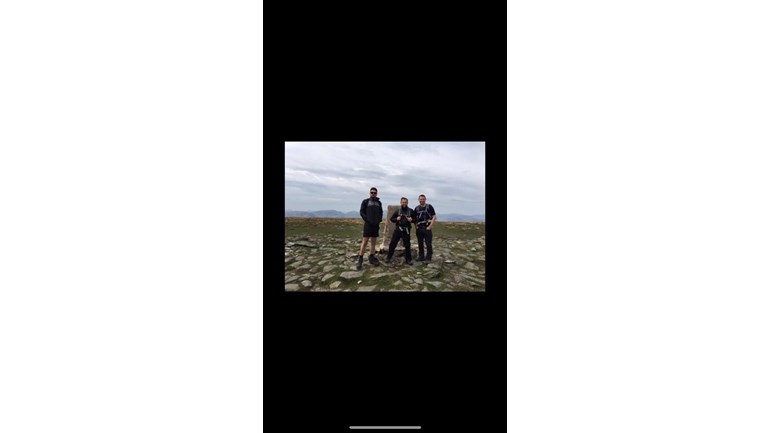 Thanks for taking the time to visit our JustGiving page

Ben is the newbie of the group, it will be his first mountaineering expedition, so arguably it could be the biggest challenge for him given the other two have already conquered Base Camp and Chris has been hiking all of his life. The main reason Ben is attempting this climb with absolute zero climbing/mountaineering experience is to challenge himself physically, more importantly mentally, whilst also raising money for a fantastic cause! This will be an opportunity of a life time to summit the tallest free-standing mountain in the world, and it is an opportunity that could not be passed up on.

What do you do when you achieve a lifetime ambition?You go higher. After we successfully made it to Everest Base Camp (EBC) we have decided to take on one of the Seven Summits - Kilimanjaro. Located in Tanzania, this is the highest free standing mountain not only in Africa but the world, standing at a height of 5895 metres, almost another 500 metres higher than Everest Base Camp.

Chris and Darren have been friends for more than 20 years.  They've had lots of adventures together including climbing Montana Macchu Picchu in Peru in May 2016 and Ulluru in Australia in 2009 and the Yorkshire 3 Peaks Challenge in 2017.  In the same year,  they climbed to Everest Base Camp raising  £5732 for the RNLI in the process.

Darren has been volunteering for 20 years as a crewmember at Blackpool RNLI lifeboat station.  He was one of the stars of RNLI documentary 'Saving Lives at Sea.'  During one episode of the hit BBC documentary Darren was the helm of a lifeboat that capsized in horrendous conditions whilst searching for a casualty near North Pier.  The experience reiterated to Darren the importance of training for RNLI volunteers.  In addition to volunteering with the RNLI Darren is Managing director of EDC Electrical and developments, husband and dad of two.

Chris's love of outdoor adventure started early in life, he's enjoyed walking with friends since his teenage years.  Chris trained to be a teacher at Charlotte Mason College, Ambleside specialising in Outdoor Education and Environmental Studies.  Chris has trekked Mount Longonot in Kenya, Half Dome in Yosemite, Torres Del Paine in Patagonia, completed the Yorkshire three peaks challenge and climbed Scafell Pike, Snowdon and Ben Nevis as part of his training for EBC Climbing to Everest Base Camp was a life long ambition and refuelled his desire to climb big mountains. Chris is a very proud dad of one.

All money raised through this trek will go specifically to Blackpool RNLI lifeboat station to help towards general running costs.