Darren Crook
Fundraising for The Spirit of Normandy Trust 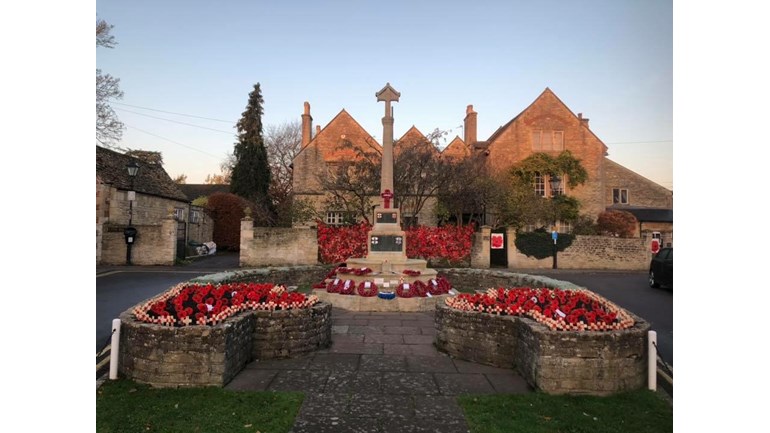 The Spirit of Normandy Trust

The Trust objectives are to increase the knowledge and appreciation concerning the events leading up to and culminating in the Normandy Landings and their historical significance and to provide financial assistance for veterans of the three Services and their dependants who are in need.

New Super-Dooper stretch target of £5000 set to see if I can raise £200 per multi-terrain and muddy kilometre!

New Super stretch target of £3888 established to see if we could put £1944 to each of these brilliant causes.

Folks, bear with me and persevere to the end please.

I’m a serving soldier with almost 33 years service under my ‘somewhat-larger-than-when-I-joined’ belt and seeking to raise money for 2 really worthwhile causes: a project in Melksham called ‘Melksham Remembers’ and, on a shared basis, ‘The Spirit of Normandy Trust’. The 2 groups share the same values, intent and spirit.

To raise the funds, here’s my commitment. On Remembrance Sunday I will be running between war memorials of the local villages before finishing at the Melksham memorial. The route will cover Beanacre, Shaw, Atworth, Broughton Gifford, Semington, Seend and Melksham. For those who know the locality, they’ll recognise the size of the task: it’s a challenging route and while I’m still serving, I am approaching 50.  I will be doing this on Sunday 10th November starting at silly o’clock in order to be ‘on parade’ in Melksham.

Because I’ve added a stretch target, I’m also running the Salisbury Half Marathon. What does that mean? You get double the pain for your donation :D 👍

It is of course for 2 great causes and if it wasn’t challenging then I’m sure people wouldn’t support me. And hence this:  I want to start raise awareness of the event now given The proximity to the events.

It’s a big ask, and it of course will be emotional at so many levels, but it is for something really worthwhile.  The route will be a minimum of 22 km, but wet weather could push it further and the likely range is 25-30km including long stretches of cross-country.

The causes are close to my heart: my old school bus driver in Melksham is a Normandy Veteran (‘Calvados’ Gullis) and there’s another veteran in Atworth (Wally Beall). I’ll also be running with 2 particular men of Melksham in mind, both of whom are remembered on the Melksham Memorial:  Private Ernest William Missen MM of the 2nd Battalion The Wiltshire Regiment and Trooper Charles David Townshend of 4th County of London Yeomanry.
Ernest, who was awarded the Military Medal for his actions on the Somme in July 1916, was killed in action on the 9th April 1917 aged just 24 at Arras.
Charles was killed in action shortly after D-Day on the 11th June 1944 aged 26 in Normandy: you’ll recognise that Charles was born as the First World War was coming to a close.
Ernest was killed while assaulting the Hindenburg Line on Easter Monday 1917 and Charles, along with all the members of his crew, was killed in his Churchill Tank following an engagement with German Tigers: both Ernest and Charles have no known grave but are routinely in my thoughts and both are remembered by the Melksham Remembers project.
Here are the causes and your support, in any form, will be deeply appreciated.

Melksham Remembers is a group of volunteers who at great personal effort compiled a huge amount of information on Melksham’s contribution to The Great War, covering our industry, schools and cottage hospital. A Town Trail now exists but we now wish to publish our findings in a book for the Wiltshire records, and other outlets, before continuing on our World War 2 project. The funds I am trying to raise will cover the publication costs for the book which we aim to publish on the 11th November ahead of our work to commemorate the Second World War.  And here’s the link to The Spirit of Normandy Trust.....

There are 2 Normandy veterans living in the vicinity of Melksham, 1 in Melksham and 1 in Atworth, and the Trust has played an important role in helping them and other veterans come together (including taking one of them - who happens to be my old school bus driver from my days at Shaw School! - to Normandy for the 75th Anniversary in June). The Trust keeps alive the memory of those who fought in Normandy and has a tremendous educational angle to ensure that people today recognise the debt that is owed to those men and women, citizen soldiers, sailors and airmen, including a number of Melksham men who lost their lives during the campaign. It’s a fine cause with a strong bond of committed supporters.

As a reminder, here’s my commitment. On Remembrance Sunday I will be running between war memorials at the local villages before finishing at the Melksham memorial. The route will cover Beanacre, Shaw, Atworth, Broughton Gifford, Semington, Seend and Melksham.
Your support is deeply and sincerely appreciated.
Lest we Forget.
Donating through JustGiving is simple, fast and totally secure. Your details are safe with JustGiving - they'll never sell them on or send unwanted emails. Once you donate, they'll send your money directly to the charity. So it's the most efficient way to donate - saving time and cutting costs for the charity.

The Spirit of Normandy Trust

The Trust objectives are to increase the knowledge and appreciation concerning the events leading up to and culminating in the Normandy Landings and their historical significance and to provide financial assistance for veterans of the three Services and their dependants who are in need.

Charity Registration No. 1038121
Find out more about charity fundraising