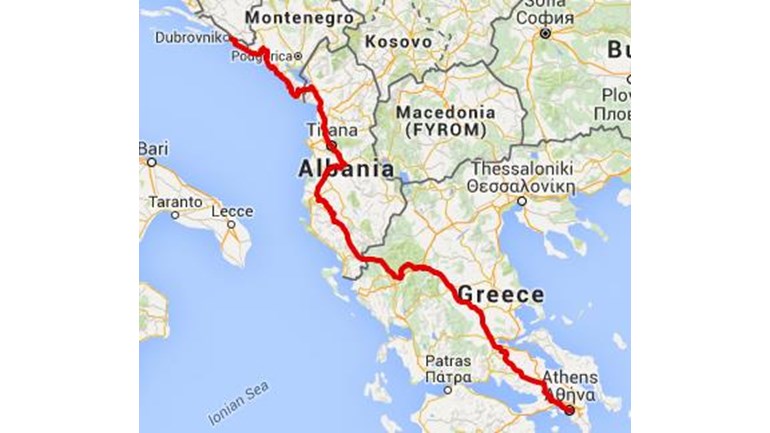 I am cycling 1000km in 10 days for International Rescue Committee UK because I want to support their Refugee Crisis appeal.

Cycling 4500km through Europe, I have been waved through border controls and welcomed into strangers homes. Many have also asked how me they can make a donation to charity. So as I approach my final destination in Europe, Greece, I am asking people to donate money to the millions fleeing war that are sadly not nearly as lucky as me.

In return, starting on 10 May, I am going to be cycling 1000km through mountains at hyper speed on a 10 day endurance challenge!

Please join me and give generously to support the work of the International Rescue Committee - who are working on the front line in Syria and other crisis areas as well as across Europe and the United States.

More about my challenge

I will be cycling at least 1000km in 10 days through Croatia, Montenegro, Albania, and Greece, starting on the 10th of May. With plenty of mountains in Albania to get over, there are nearly 10,000 metres to climb along the way, with the highest peak coming in at nearly 1700m. Carrying all of my food, water and gear, I will be self sufficient and without any external support. Tracking my progress with a cycle computer will enable me to publish regular updates online. Wish me luck!

More about the work of the International Rescue Committee

Afghanistan: The IRC has worked inside Afghanistan for nearly three decades and currently reaches over 4 million people in more than 4,000 communities, focusing on community-driven reconstruction projects and education. The IRC also provide emergency relief to people who have been forced to flee their homes by violence.

Europe: The IRC was one of the first aid organizations to assist the thousands of refugees arriving each day on the Greek island, Lesbos. IRC aid workers continue to work around the clock to provide essential services, including clean water and sanitation, to families living in terrible conditions. They are helping new arrivals navigate the confusing transit process and understand their legal rights, and are also calling on Europe's leaders to do more to make #RefugeesWelcome. The IRC also have a team of aid workers in Idomeni in northern Greece where some 14,000 refugees remain stranded in a makeshift camp due to closed borders. The IRC is providing sanitation services and identifying vulnerable refugees including women traveling alone.

United States: The IRC has resettled 270 of the 1,541 Syrian refugees who have been accepted into the U.S. They provide immediate aid to refugees, including food and shelter, as well as access to the tools of self-reliance: housing, job placement and employment skills, clothing, medical attention, education, English-language classes and community orientation. They are also calling for U.S. leaders to do more, and accept 100,000 Syrian refugees by the end of 2016.