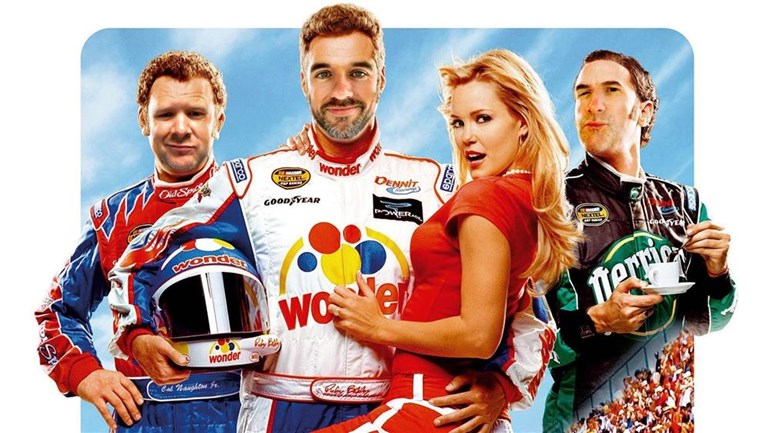 We are driving over 2,000 miles in our £450 banger for CALM (Campaign Against Living Miserably) because we want to honour Jay's Dad's life.

The Campaign Against Living Miserably (CALM) is leading a movement against suicide, the single biggest killer of men under 45 in the UK.

Our goal is a life less miserable for you, your friends, your family and for all men.  CALM PROVIDES:

Help us save lives.

In order to raise awareness and much needed funding for CALM we are taking part in a Banger Rally where we will drive over 2,000 miles across Europe over 5 days in our £450 banger!  (A 1991 1.6 Volvo S40) and in case you hadn't guessed we are doing it in the theme of Talladega Nights!

To maximise the funds raised we are covering ALL costs of the rally.  This means every penny you donate will go directly to the charity and not towards our trip.

We have taken the decision to support CALM as we are doing the rally in memory of Jay's Dad - Pete.  Jay's heartfelt account of his story is below...

Dad was a real pillar of the local community.  A devoted Father, regular volunteer with the Cub Scout Movement and a lifetime of service to British Telecom.  He was a huge car enthusiast and when we were thinking of an event to honour his memory there seemed nothing more fitting than a banger rally.

Back in the late 1990s the last couple of years of Dad's life were pretty tough for him. He started to get ill suffering from tremendous stomach pain. The doctor prescribed medication but it had limited effect and the pain progressed to the point that he could no longer sleep. The insomnia was the worst thing for him, it had a phenomenal impact and really impacted on his quality of life.  To the point that he had to give up work. He hated doing this but could no longer work properly living in massive pain and getting no sleep.

Despite constant and regular trips to the doctor and the prescription of a variety of stomach medications they never really hit the spot and he continued to suffer.  As time progressed he became increasingly desperate - and paid for his own endoscopy to try and identity the cause. He was really keen to find out what was wrong with him, but the endoscopy found nothing, and as time progressed he never truly got a diagnosis.

As the weeks and months went on he shed weight, and became increasingly gaunt. It was clear the illness was taking its toll.
He turned to drink briefly as a desperate plea, but knew it wasn't him - and sought help to stop. He was just seeking any way he could to make the pain stop.

Other than not knowing what was wrong with him, I think the hardest thing was the loneliness. Being divorced and living on his own after his mum died, as kids we would still see him regularly, but it was the gaps in between that were the toughest.  For him knowing and using a charity like CALM may have made a difference - as they provide help, guidance and support to those living miserably.

Sadly Dad didn't get that support, and after two years of illness and in total desperation he took his own life.  A few months later the coroner's inquest revealed that he had had chronic lung cancer that had spread to his lymph nodes and thyroid - and that in fact he only had a matter of weeks to live.  Cancer is awful - but so is living miserably.

If we can make a few pounds to help a fantastic charity that campaigns and works hard to help people in need then maybe in the future they can help people like Dad and stop them dying alone.