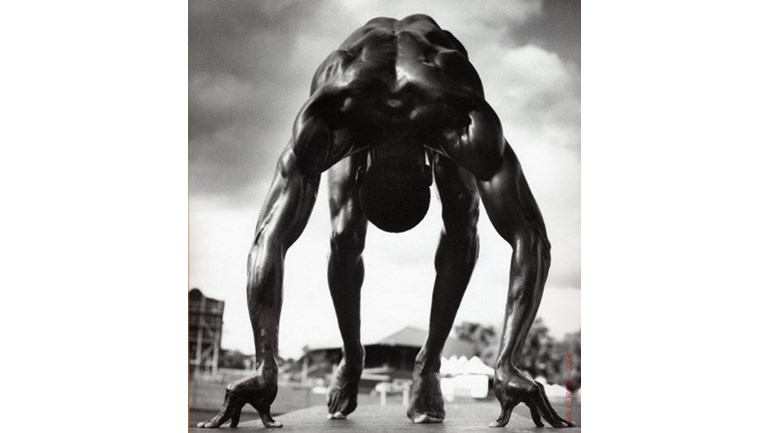 It's almost a year since what many experts have described as THE athletic achievement of 2008 - my completion of the FC United/Medequip4kids 6km Minithon in a time measured by the lunar cycle. This year, with an improved training regime of enthusiastic sitting down in front of the television occasionally supplemented by vigorous bouts of walking to the kitchen for my athlete's diet of cake, biscuits and fine wine, I hope to complete the Minithon in less than a day. (Just in case you were wondering, that isn't really me in the photo. No, really.)

Last year, thanks to some incredible generosity, I raised almost £900 towards a magnificent total of £18000, with £12000 going to Medequip4kids. We hope to surpass that this year having been joined in the challenge by Rochdale Hornets Rugby League Club and the supporters of Torino FC, currently top of Italy's Serie B.

MedEquip4Kids provides medical and play equipment for children suffering due to ill health or injury, to give them access to the best care available.