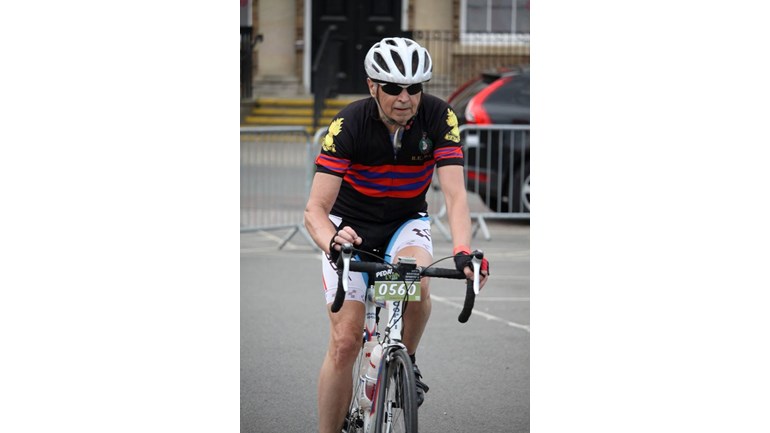 David's Ride to the Somme page

We are SSAFA. We provide lifelong support to our Armed Forces and their families

Louis served with the parachute regiment, completing two tours of Iraq and Afghanistan. While on patrol in in Helmand he was injured by a grenade and his leg was badly damaged, later being amputated. After he was medically discharged SSAFA were there to help Louis retrain as an electrician as well as making sure his house was fully accessible to him.In 2015 SSAFA helped over 60,000 people like Louis - by raising funds for SSAFA I am helping them to be there for even more veterans, reservists, serving personnel and their families.

I'm a former Royal Engineer who served
during the 1970's. I've considered over the last couple of years, to undertake a cycle ride such as the Ride to the Somme.

Whilst I personally have not had the need to use any of the services and support offered by SSAFA many of those I served with have. My Father In Law also had need of SSAFA, as he lost a leg as a result of injuries from the Second World War.

Why I support SSAFA is based on the ethos of supporting the whole family of the serving or veteran military personal. SSAFA don't have the national event such as Remembrance Day and the money raised by the poppy appeal. SSAFA are financed by smaller fund raising event such as Ride to the Somme.

I'm riding to commemorate the centenary the end of the First World War and to honour the memory of my great uncle who was killed in action on 27th September 1918. He is buried at Havrincourt Cemetary which is only 38 miles from where I will be staying in France.

Whilst we don't always support or agree with every conflict that the Government sent our armed forces. We should always recognise the sacrifice of the serving personal, many returning to the UK with physical and mental issues.

Please donate to a worthy cause, and I thank you for your support.

SSAFA, the Armed Forces charity, has been providing lifelong support to our Forces and their families since 1885. In 2018 our team of volunteers and employees helped more than 82,000 people in need, from Second World War veterans to those who have served in more recent conflicts, and their families.

Charity Registration No. 210760
Find out more about charity fundraising