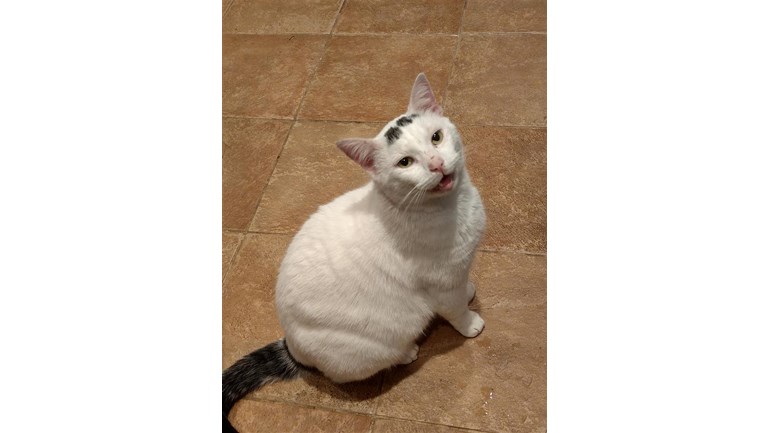 We rescue, rehome, neuter and educate to improve the lives of cats and kittens

Connor and myself ( David ) are taking on an epic cycle challenge from Haywards Heath to John O Groats to raise much needed funds for Cats Protection to help all cats who, (through no fault of their own),  find themselves homeless

We have four cats of our own which two were adopted from my son in Dublin who could no longer have them due to no fault of his own.

It was a local cat (Buddy) which prompted us to take on this fund raising challenge..

A couple of months ago Buddy started coming around our gardens which stressed out our cats. He then became more brave and started coming into our home through cat flap and eating our cats food. We tried to discourage him from entering our cat flap by locking it at random times which our cats were not happy about . We were woken up during the nights by the sound of Buddy wolfing down our cats food as if it was his last meal.

We were considering getting a microchip cat flap to prevent him getting in ,when a neighbor told me that Buddy's owner had passed away at his home and had laid there undetected for over a week. On hearing this sad sad news Buddy's unusual behavior became clear. He was so desperate for food and hunger drove him to us.. We were heartbroken to imagine what it must have been like to go back each day and see his owner just lying there and then going back and forth to an empty food bowl wondering if it would be filled.

On hearing this sad sad news we started leaving extra food out for Buddy even though it was upsetting our four. We then decided that it would be best to contact Cats Protection and tell them Buddys situation.. They told us to bring him to them if we could catch him and they would look after him. .... I set the cat flap to keep him in one morning and let him have a good breakfast before putting him in cage to bring him to Cats Protection. It broke my heart to hear his cry's on the journey but I knew it was for the best. The staff were amazing and they assured me that he would be well looked after.

Buddy is now happily living in his new forever home ...

Please donate what you can and help others like Buddy find their forever loving homes..

Many thanks in advance

Cats https://www.justgiving.com/fundraising-edit/David-Mc-Kevitt2 is the UK’s leading feline welfare charity. Our vision is a world where every cat is treated with kindness and an understanding of its needs. Cats Protection has simple and clear objectives to help cats:Homing - Finding good homes for cats in needNeutering - Supporting and encouraging the neutering of catsInformation - Improving people’s understanding of cats and their careAchieving this vision is only made possible due to kind cat lovers who support our work. Visit www.cats.org.uk for more information.

Cats Protection is the UK's leading feline welfare charity. We help around 200,000 cats and kittens every year through our network of 250 volunteer-run branches over 30 centres. We find homes for cats, promote the benefits of neutering and produce a wide range of cat care information for owners.

Charity Registration No. 203644 & SCO37711
Find out more about charity fundraising