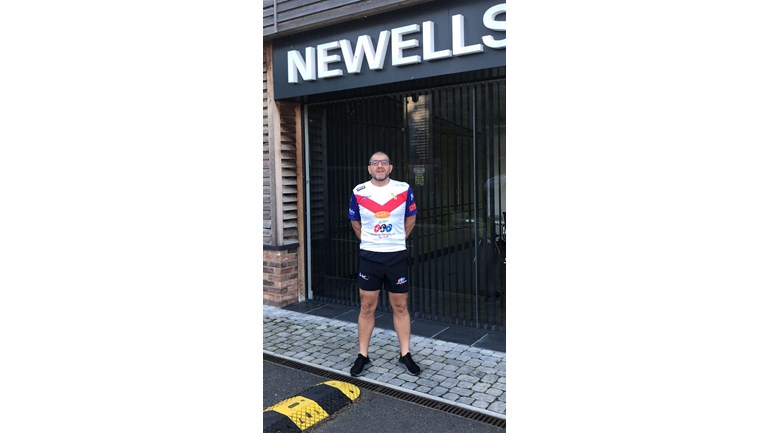 Cycling, Rowing, and Running, for fun! 😩 for Steve Prescott Foundation because a good friend of mine told me Steve’s story!

I set out on the 6th of February to give this challenge the respect and justice it deserves, at a starting weight of 17.8st to now being 13.12st! On Sunday of next week we start the challenge. For the past few months my life has been dedicated to resemble what I can only think a sportsman/ woman’s, life is like. Steve lived and breathed that life, yet in his darkest days he still continued to break down barriers with his super human mental strength! I was never fortunate enough to meet Steve, I have sat intently listening to his stories told by others! I will give the best of my ability to achieve what I have set out to do. I thank all that have helped, aided, supported, and driven, me throughout my training! I give a amazing thanks to everyone that has given their hard earned money to drive me. I will not let you down, whatever it takes will be done!

I am privileged to have been given this special opportunity to support this amazing charity in this their tenth anniversary year, whilst at the same time testing my own fitness and stamina to the maximum, in coincidently, my half century year!!

All that I ask is that you dig as deep as you can, in order for this fantastic foundation to continue in its support of others whilst seeing if this soon to be 50 year old is as fit as he hopes he is!!!

Wish me well my friends and see you at Wembley!!!!

The Steve Prescott Foundation was set up by a totally inspirational man Steve Prescott MBE. In 2006 he was diagnosed with Pseudomyxoma Peritonei a terminal cancer & sought out to raise funds for The Christie Hospital and the Try Assist Fund. Supporting The SPF changes the lives of so many people.

Charity Registration No. 1121395
Find out more about charity fundraising