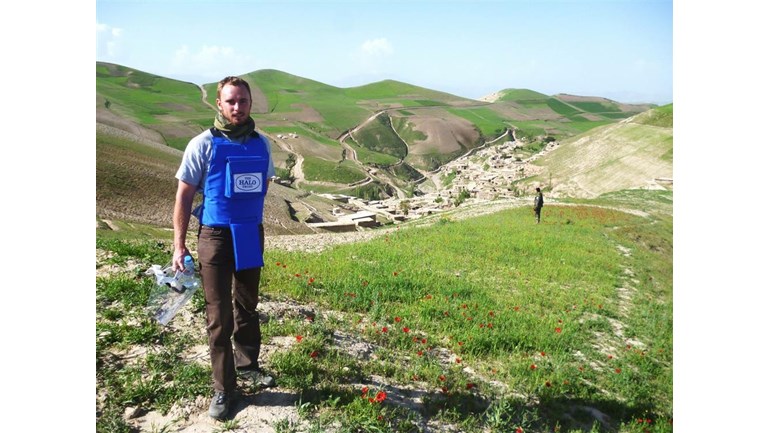 Fundraising for The HALO Trust

So instead of celebrating my last year as a bachelor by drinking too much and partying likes it’s 2009, I thought I’d try and do something a little more productive (although the grooms party might have other ideas). I plan to run 1,500km in the year up to the wedding at the end of September 2019 – equivalent to just over 29km a week. This seemingly arbitrary figure is the approximate overland distance from Tunis, where I currently live, and the wedding venue. The presumption is that if I was to do this in one go (now that would be bonkers), I’d be getting boats from Tunis to Genoa and then Calais to Dover. During this period I will also take part in a number of half marathons, marathons and the odd ultra marathon to top up my tally. I will regularly update on progress. There are two pages connected to this team: one for The Royal British Legion and the other for The HALO Trust. I am aiming to raise £1,000 for each charity, a total for the challenge of £2,000.

2019 will be a very special year for me: I get to marry an extraordinary and (as this challenge will probably demonstrate) incredibly tolerant woman! I will do this mentally and physically healthy and surrounded by those I love. But my fortune is not shared with millions of people affected by the horrible consequences of war. In remembrance of those for who war was the end, and in recognition of the remarkable people, both military and civilian, who continue to doggedly overcome significant challenges on a daily basis, I have set my own relatively insignificant trial - hopefully raising a bit of cash along the way.

The two groups of people most affected by war are often the first to be forgotten once the last bullet is fired or bomb dropped. On the one hand, you have the young women and men who engage with the actual fighting who, if they survive, are liable to come home with serious physical injuries and/or mental scars that will never truly heal. On the other, you have the civilian populations caught between the warring factions during the conflict, and left to face the possibility of death, injury and poverty as a legacy of battles long since concluded.

To contribute in a small way to the efforts to support both respectively, I will be fundraising for the Royal British Legion and The HALO Trust. I have a huge respect for and personal affiliation with both organisations which do extraordinary things in challenging circumstances. They'll also do a much better job of explaining why any money contributed will do tremendous good - please visit both their websites: https://www.britishlegion.org.uk/ ; www.halotrust.org

The majority of the challenge will be completed on roads and tracks, with kms recorded on a running app. Kms clocked up walking as part my daily routine will not be counted. I currently split my time between Tunis and Tripoli and my ability to run in the latter is very restricted. Therefore, I will log some of the runs on a treadmill. To make sure the conditions are as comparable as possible, I will always run with at least a 0.5% incline (to replicate the effect of air resistance) and will always round down to the nearest 0.5km. For verification, I will take a picture of the treadmill data panel at the end of every run.

The challenge started in a sweaty gym in Tripoli, Libya at the end of September 2018. I had a minor setback when I rolled my ankle at the end of October, but recovery has been quick and I’ve been able to clock up 328 km up to 19 December. My first milestone is a half marathon at the end of December.

Our humanitarian work, clearing landmines and other debris of war, creates safe & secure environments in some of the world’s most vulnerable communities. We save lives and lift local families out of poverty by creating jobs for deminers and we prepare the way for development and long term stability.

Charity Registration No. 1001813
Find out more about charity fundraising